My ISA Journey: Why Did I Join ISA (and Become President)?

END_OF_DOCUMENT_TOKEN_TO_BE_REPLACED

My ISA Journey: Why Did I Join ISA (and Become President)?

As I mentioned in my last article, one of our strategic objectives for 2022 is Membership. So, for my February column, I have decided to talk about my membership journey at ISA, why I joined ISA, and how I became ISA’s President in 2022.

My Journey at ISA

My first contact with ISA happened when I was studying electrical engineering at the Federal University of Itajubá (UNIFEI) in Brazil. Every year, the college professor of automation and control organized a trip to visit the ISA conference and exhibit in Sao Paulo, a very large show with system integrators and automation vendors. It was a great opportunity for students to have contact with the real world of automation equipment and applications and start creating their professional network.

After I graduated and got my first job as a support engineer, my manager invited me to go with him to a technical event organized by the local ISA sections, and later I was a speaker at some events. During one of the technical meetings, one of the directors of the Campinas Section asked if I would like to become a member of ISA, and I decided to join and started to attend their regular technical events. After becoming a member, I found that ISA offered other benefits like free access to standards, technical divisions, and training.

After some time attending the Sections’ events and expanding my network, I got to know the Section President and other Section Directors, and I was curious about their volunteer work as Section Leaders. One day after an event, the Campinas Section President mentioned that they were going to elect the next leaders at the end of the year, and asked if I would like to be nominated for one of the positions.

After explaining the work and time that I would invest, I accepted the challenge and was elected. I served in different positions for some years and in every new position I learned more about ISA and its benefits. Being a Section Leader, I got in contact with a “new” ISA entity, the District, and attended my first District Leadership Conference (DLC), expanding my ISA horizons by meeting fellow ISA leaders.

During the 2015 DLC, I was nominated by one Section President to become the South America District Divisional Vice President (DVP). I was surprised with the nomination, but after talking with the current DVP and other members, I decided to accept. This was a great milestone in my journey with ISA, because being a DVP meant visiting other Sections in South America and attending my first ISA Leadership Conference in the United States.

This was a mind-blowing experience because it introduced me to the world of Society-level meetings, departments, and committees. It was a lot of information to digest but it expanded my ISA horizons again. I met people from all around the world, expanded my professional network, and got different perspectives and ideas from other sections and countries that I carried with me back to Brazil and other countries in South America. During these meetings, I had the opportunity to join various committees. 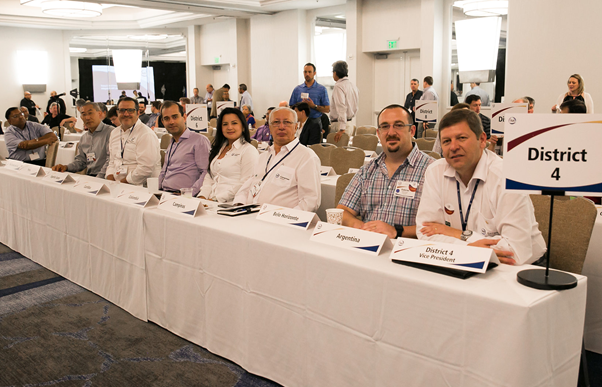 During one of these leadership meetings, I met Sujata Tilak and we had a great conversation about the need to have a Technical Division focusing on IIoT and other modern automation technologies. We were so aligned that we decided to work together to create this new Division. It was a very exciting period discussing the idea and getting more members onboard. It took some years to get the Division approved, but today the Smart Manufacturing & IIoT Division (SM/IIoT) is one of the fastest-growing ISA Divisions to date.

I was very involved and engaged with ISA activities. During one of the Leadership Meetings, I was asked by an Executive Board Member if I wanted to be nominated for one of the Executive Board positions for the upcoming election. I was elected and served two terms in the Executive Board. Being a member of the Board means that you are in the center of the discussions about ISA strategies and the future of the society. I was very lucky that I served in the Board during a period of important decisions and contributions that moved ISA forward.

During 2017, I made an important decision in my personal life: I decided to move with my family to Ireland. One of the reasons I chose Ireland was that there is an ISA Section, and I have some very good ISA colleagues there. They supported me during this big change in my life.

In 2020, I was in my second term on the Board, and I was surprised by the fact that different people from different areas of ISA were suggesting that I should run for the President position on that year’s election. I had the idea to run for President in the future, but not during that year. After discussing with various ISA friends, I decided to take the opportunity because it felt like the right moment. I was very happy with the result: I was elected with a record percentage of members participating in the election.

In 2021, my son started his engineering degree in Ireland and when he was looking for a summer internship this year, an ISA friend helped him get an excellent opportunity in an automation company. I am telling these stories about my personal life to show that ISA really impacts your personal and professional life. It all depends on how you explore the opportunities that ISA offers you.

In 2022, I was very proud to invite my son to join ISA as a "Student Member," so he will be the second generation of my family to become a member.

“What is common with all of these new volunteer opportunities that I jumped into? People! There was always another member inviting me to join ISA and accept new challenges. What keeps people in an association is the sense of belonging to a big family of friends.”

What about you? Have you ever invited a friend or colleague to join ISA? I'd like to challenge you to invite 5 people to join ISA to help us grow our membership. See below for my suggestions of who to invite to join ISA:

I love to connect with our members and listen to their opinions about automation, what ISA is doing now, and what ISA should be doing to answer their needs.

Please reach out to me on ISAConnect, LinkedIn, or send an email to president@isa.org. 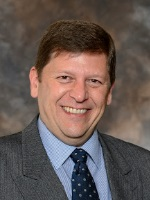 Carlos Mandolesi is an electrical engineer, graduating from the Federal University of Itajubá (UNIFEI) in 1992 and post-graduated in Business Management from the University São Francisco in 2006. He has a career of over 25 years in the field of industrial automation and industrial networks, having worked in companies like General Electric (GE) and Sigma Automation. Carlos currently serves as Project Portfolio Manager at Trinity College Dublin in Ireland. Carlos is the President-elect for the 2021-2022 term of the International Society of Automation (ISA). See Carlos on ISA Connect.

Energy Savings: A Key Challenge and Opportunity in Mobile Networks