END_OF_DOCUMENT_TOKEN_TO_BE_REPLACED

This post was authored by Saeed M. Al-Abeediah, a senior instrumentation engineering consultant with Saudi Aramco.

Wireless technology adoption in many industrial sectors, including process automation, has been growing during the past decade. Industry consortiums, standards organizations, vendors, and end users have been pursuing the technology with varying degrees of interest.

We explored wireless solutions for suitability with the potential to bridge gaps in process automation, especially in asset management, remote monitoring, and noncritical alarm applications. The ISA-100.11a consensus standard and the Wireless HART specification seem to be gaining ground in process instrumentation applications.

Wireless HART was developed by vendors in the HART Communication Foundation based on existing HART technology used in process industries for years. The International Electrotechnical Commission (IEC) adopted the Wireless HART 7 specification in March 2010. 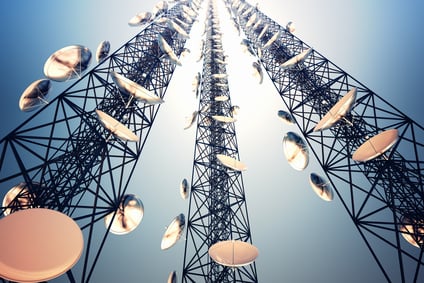 ISA chartered the ISA100 committee in 2005 to develop a set of standards addressing all potential process automation wireless applications, including an array of field and backhaul wireless solutions. The ISA100 committee includes representatives from end users and government entities, as well as vendor organizations. Saudi Aramco representatives have joined as active participants. The ISA-100.11a standard was approved by ISA100 in September 2009. The American National Standards Institute accredited and approved the standard as an American National Standard in January 2012. Following approval as an IEC publicly available specification in September 2011, the standard is in the final stage of approval as an IEC standard (IEC 62734/ed.1).

ISA-100.11a and HART 7 are both based on the dust smart-mesh concept using IEEE 802.15.4 radios with channel hopping running in the 2.4-GHz radio frequency range. The major differences between the two protocols exist within the field device levels (routing capabilities), topologies, and to a certain extent within the communication stacks.

From an end user’s perspective, wireless technology for process instrumentation has the potential to bridge key gaps in oil and gas applications, including asset management solutions, monitoring, and noncritical alarming. We do not foresee that wireless technology will gain significant ground in process control or critical applications nor replace typical wired instruments.

As an early adopter, Saudi Aramco has been closely monitoring the range of emerging wireless technology for potential implementations where it makes sense technically and commercially. Moreover, to be ready and to gain firsthand experience, we have deployed trial installations of both HART and ISA-100.11a–based devices in noncritical applications.

Preliminary results of these field trials indicate wireless technology in process automation applications has not yet matured or stabilized. There are significant problems that must be addressed and resolved before any mass deployment (e.g., standardization, communication breakage, maintenance, security, battery life, coexistence, and interferences). Some of these problems are aggravated by our harsh environment, where the ambient temperatures and humidity can approach 60°C and 95 percent, respectively.

We are discouraged by the unclear direction and plans of the leading vendors. Having experienced the “fieldbus war” during the inception of Foundation Fieldbus, we feel that leading vendors are heading once again in the same unfortunate direction. Rather than consolidating their efforts and expertise to overcome potential problem areas, it appears that the leading parties are competing—with two major forces pulling in opposite directions. Many end users, including Saudi Aramco, are waiting for the dust to settle before planning any significant investment in wireless technology.

We understand the challenges faced by the ISA100 convergence working group and strongly believe a single open standard embraced by all manufacturers and end users is a necessity. Until then, the future of industrial wireless technology will remain unclear. With the similarities between the two protocols, end users cannot see the difficulties aligning two of the protocols unless the real diverging factors are purely commercial.

Why Are Engineers So Against Derivative Action?

The following technical discussion is part of an occasional series showcasing the ISA Mentor Program, aut...
Greg McMillan Jul 28, 2020 5:15:00 AM

Weathering the Perfect Storm: ISA in Conversation with Newsweek [Q&A]