Templated Manufacturing Systems: Are They Worth The Extra Effort?

END_OF_DOCUMENT_TOKEN_TO_BE_REPLACED

Templated Manufacturing Systems: Are They Worth The Extra Effort? 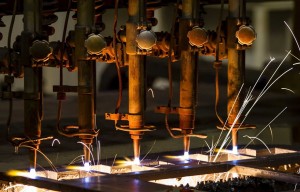 What type systems are we talking about?

For purposes of this discussion I will try to avoid specific subcategories of specialized functions and address the broad category of manufacturing systems that are above the control system layer. These particular systems, depending upon the type of process and industry, directly control the PLC or DCS process. I also exclude the ERP systems that support the broader business functions beyond the manufacturing process. The area under discussion is shown conceptually in the diagram below. 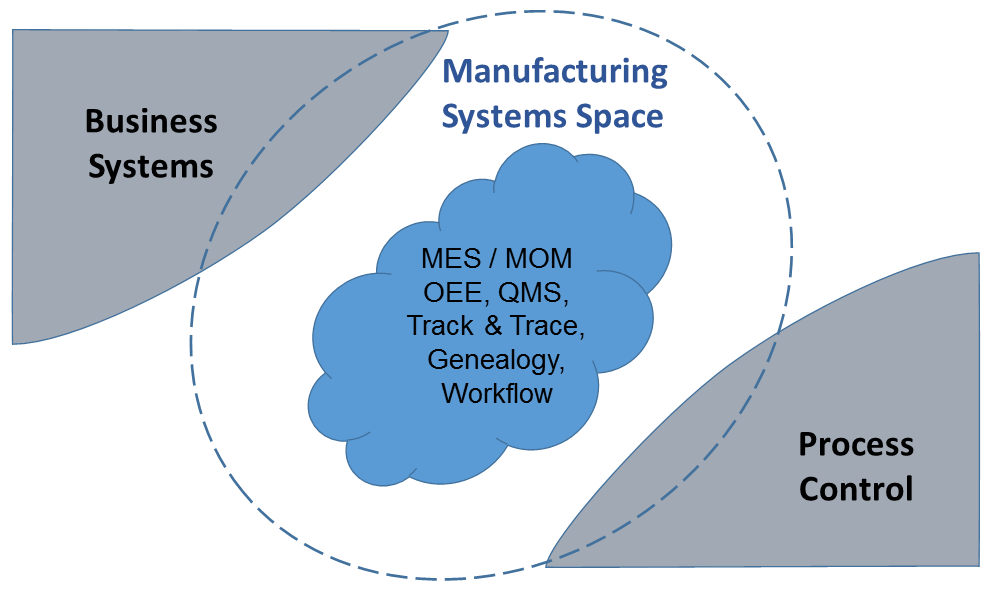 Systems in this space may be specific point solutions to address a specific function or be designed to address a broader capability in a single system. I am not so concerned with the specific naming of the system functionality but rather that it be a system designed to improve the overall efficiency or visibility of the manufacturing operation.

Typical ROI seen from these efforts by others

Companies are investing in these type of systems because they provide a great return on the investments. Differentiation between competitive companies is made with the systems in this category not with the business systems or process control as all manufacturers have functional equivalents in those areas.

Data available from MESA has shown that companies that have invested in manufacturing systems have on average shown a 16 percent improvement in EBITDA performance. Companies that have not made similar investment only improved on average 6 percent over the same time frame. Certainly a 10 percent EBITDA improvement over your competitors identifies the value of such systems. Also available from MESA are numerous specific case studies that identify individual implementations ROI experienced from a particular project. One such case study is from Pinnacle Foods implementation of a MOM system with particular emphasis on OEE and yield across multiple sites.

The implementation was justified based on saving $2 million per year across the seven plants due to OEE improvements and another $500,000 per yer in yield improvements. The interesting thing about this case study is not only were the magnitude of savings realized and that it was designed to be implemented across multiple sites (meaning templated manufacturing systems), but also that the realization of the savings ramped up after go live as the system was more fully utilized. This is not uncommon with the introduction of new systems into manufacturing that the full benefit may take a year or more to be fully realized as it is utilized to change behavior based on providing more timely and accurate information to the manufacturing team so they can make better decisions.

When and why to template

To template a solution for use across multiple sites and processes requires a more thorough effort in requirements definition and design of the system, as well as more effort in development than would be required for a single use solution. This is due to the fact that it requires analysis of how operations may be handled differently in various plants or processes that will be impacted by the implementation of the system. If you are in a single plant, single process line environment your situation is simplified in that you have significantly fewer variables and personnel to deal with. You can arrive at consensus of implementation scope more quickly and implementation will be straight forward as you are solving a very specific case as opposed to a general solution that is required when you are addressing multiple sites.

You can expect that total cost of the initial implementation for the first site when doing a templated solution can be as much as 2.5 times the cost of a specific solution due to the increased effort required from your team to handle the general case of the problem space including arriving at common understanding and terminology across the company. However, the second site for implementation will be no more than the cost of a specific solution. Sites after that will be significantly less as you are only configuring the solution that has already been developed at the first site and refined at the second site. The reason for the second site being more expensive than future sites is that generally the second site identifies some enhancements or refinements that are needed for the template. After the second site you are generally in rollout mode of the solution and you have only to do configuration of the solution and that is generally half to a third of the cost of a single site development effort.

In addition to lower cost of template solution that will be utilized at three or more sites, there are other qualitative benefits recognized from a templated solution. Primary among those qualitative benefits is the definition of a consistent terminology and way of handling the same issue across the entire company. This drives implementation of best practices from one site to all sites more quickly as well as simplifying any training or moving of company personnel between sites.

I have laid out my case for investing in manufacturing systems and why you should consider doing so in a templated approach when dealing with two or more sites. I would like to hear your thoughts and experiences on this subject.

We need a new paradigm for continuing to improve our capabilities in integrating and leveraging manufacturing data. It just doesn’t make sense to implement a comprehensive suite that significantly overlaps the functionality of an existing systems environment. Such an approach requires

Rob Gellings provides operational leadership for MAVERICK’s Enterprise Integration business, which includes the integration of ERP/CRM, MOM/MES and strategic consulting practices. Prior to joining MAVERICK, Gellings spent nearly 10 years as president/CEO of EnteGreat, the manufacturing systems consulting firm he co-founded in Birmingham, Ala. He has also served as vice president of Raytheon Engineers as the head of its Consulting and Systems Integration division. Rob earned a bachelor of science degree in mechanical and electrical engineering at Kettering University and his master’s degree in management and supervision at Central Michigan University. He is registered in Alabama as a Professional Engineer (P.E.).