END_OF_DOCUMENT_TOKEN_TO_BE_REPLACED

In my opinion, there is too much hype about the smart grid without looking at the core problems from an engineering and business point of view. There is a constant flow of information, presentations, and discussions about the smart grid, but I wonder if this simply makes 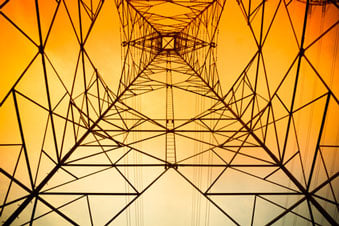 people feel good and avoids facing the real issues. Even politicians are rallying around smart grid buzzwords; I call this kind of discussion "cocktail party technology talk." There is no doubt electrical energy can be managed better, and the smart grid concepts will provide more data and can be used to control the flow of energy from generation to users. This does not address the heart of the issue.

The inescapable fact is the demand for electricity is going to be larger than generation capacity in place today, requiring some real planning to avoid problems. At the highest level, there are only two key factors concerning the electrical energy problem namely, demand and supply. The amount of growing demand for power relative to the supply available is a serious problem. Ultimately, there are only two ways to meet future growing energy requirements—increase generation capacity and lower consumption.

Creating more electrical power takes time and investment at a pace that is beyond today's commitments to build more electrical power generation. This encompasses traditional and alternative power generation, including wind and solar. Adding more capacity, in most cases, requires the addition of more power lines to deliver electricity to users. Major investments need to be made installing electric transmission lines and distribution transformers in emerging countries and replacing aging transmission systems in the U.S. and Europe where about 75 percent of the networks are more than 30 years old.

The smart grid can be a contributor helping better manage the flow of electricity and possibly demand control. Generally, demand control described by smart grid experts is deferral of demand to avoid power peaks. Deferring demand is not saving energy but putting off the time some energy will be consumed. This does lower peak power generation requirements but does not solve the growing need for more power. I saw a presentation on a novel research project to defer demand in a vehicle-to-grid demonstration project that utilizes stored power in an electric car's battery to feed the electric grid while it is connected to a charging station to essentially help lower peak power generation requirements. In the example, it was noted that when people come home from work, they plug in the car for charging (initially the car's battery is used as a power source) and turn on the home air-conditioning. Interesting approach, but the batteries still need to be charged before the car needs to be used.

The most effective near-term solution is energy conservation to use less electricity. Obviously, conservation lowers the requirement to have more generation capacity. Automation professionals can have a direct impact on energy conservation looking at three basic areas for improvement. First, save energy by running plants and processes more efficiently using better controls and optimization. Second, replace older devices with more efficient ones; for example, replace old motors with high-efficiency models. Third, redesign process and production lines to consume less energy.

Why wait for the smart grid; let's be smart today and find ways to save energy. If we all believe the demand and cost of energy is going to increase over time, we should be willing to apply energy conservation methods that will lower our cost and risk. Saving energy improves profits and is protection against higher energy prices in the future.