Redefine and Transform How You Execute Automation Projects

END_OF_DOCUMENT_TOKEN_TO_BE_REPLACED

Redefine and Transform How You Execute Automation Projects

At an industry event, I had the opportunity to again hear Sandy Vasser, a retired IC&E manager at ExxonMobil with more than 40 years of experience, discuss how his team reevaluated and improved the way the company engineers, procures, and executes automation projects. He discussed many specifics and changes that are improving project performance and maintenance. I believe one of the most valuable lessons was the courage and willingness of their organization to review past project management, methods, and practices with an open mind and challenge the status quo and tradition.

Vasser described starting every project by asking, “Do we have to do it that way?” He noted, “Whenever I meet with my team and they tell me we have always done it that way, the red flags go up.” This evaluation has led to ideas and insights to find better solutions. Vasser suggested everyone should think differently. Quoting Albert Einstein, “We cannot solve our problems with the same thinking we used when we created them.”

Vasser described how conventional thought focuses on “perfecting” the way projects have always been done. This makes people blind to new possibilities and impedes the identification of change. Challenging traditional and proven practices is difficult. Vasser emphasized, “Improving on what has always been done can only result in incremental improvements at best or continued complications.” He emphasizes, “We have got to redefine and transform how we execute automation projects.”

This all sounds so simple, but thinking beyond the obvious or, even harder, challenging the way things have been done for years requires courage to explore unfamiliar options with an open mind. Start by working with your team to describe the current reality and document facts without any editorial or other justifications about why things are done this way. Be an observer thinking about what is happening. Wha are you trying to achieve, preserve, and avoid? Viewing the situation from every possible angle is a technique artists, sculptors, and photographers use regularly to enhance their ability to capture and render “the truth.” 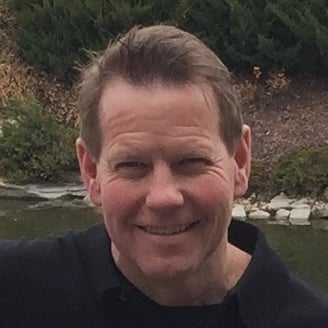 Explore the results you would like to achieve without worrying about if and how they can be achieved. If you ask “how” before “what,” all you can ever hope to create are variations of what is being done today. If you find yourself limiting what you want based on what seems possible, you are censoring the process and inhibiting your vision.

Go beyond today and think about what future problems are likely or not yet recognized. For example, in most companies the loss of experienced people who have tribal knowledge and know-how of how things are run is a large and growing problem.

Vasser also has been a change agent by telling suppliers the issues his company faces and asking if they have ideas. In some cases, this has led to vendors creating new products to solve problems. The highest value you provide is thinking and creating improvements.

The world as we have created it is a process of our thinking. It cannot be changed without changing our thinking.

Sandy Vasser and his team have achieved great results improving cost, efficiency, and outcomes of automation projects, and you can too.