END_OF_DOCUMENT_TOKEN_TO_BE_REPLACED

This excerpt is from the July/August 2014 issue of InTech magazine and was written by Bill Lydon, InTech’s chief editor.

The manufacturing industry has a large number of production lines and machines with old programmable logic controllers (PLCs) and custom controls that could benefit from an upgrade to newer technology. Many control and automation systems in current use were installed well over 30 years ago and are past their projected product life. 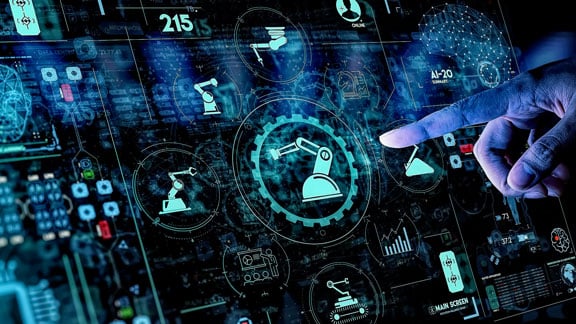 Automation has been key to industrial operation and efficiency for many years with most industrial automation and control systems functionally reliable for years. Many installed systems, however, are old and becoming obsolete, expensive to maintain, and in some cases, almost impossible to support. It is increasingly difficult to find people knowledgeable about old systems. Further compounding the problem is a lack of training for new people who try to maintain and troubleshoot these old systems.

Automation technology improves at a much higher rate than production machines, which have a much longer productive life. The advances and refinements of automation software and controllers over the past 10 years have been dramatically driven by developments in the broad computer industry and by vendor innovation. This provides an opportunity to improve production and efficiency with upgrades.

Tipping point
Several factors contribute to a tipping point where an upgrade is needed. Automation upgrades are complex business investment decisions that need to be carefully thought through. Reaching this tipping point does not happen on a specific date, but rather is a gradual process as an automation system ages, performance degrades, support cost and effort increase, and repair parts become harder to find and more expensive. It is better to plan upgrades in advanced rather than waiting for an upgrade to become a necessity.

Reliability
As automation systems age, reliability typically decreases, affecting productivity. Reliability is defined as the probability that a component part, piece of equipment, or system will satisfactorily perform its intended function under given circumstances (such as environmental conditions, operating time, frequency, and preventative maintenance for a specified period of time). Reliability is dependent on several parameters, including components, environmental factors (e.g., temperature, humidity, and vibration), and electrical stressors, such as voltage and current fluctuations. Electronic systems, such as automation system devices, including controllers, computers, displays, and power supplies, are characterized as following the bathtub reliability curve, illustrating typical failure rates versus operating time.

The initial steep slope from the start to where the curve begins to flatten is the early-failure period or infant mortality period. This period is characterized by a decreasing failure rate that occurs during the early life of a system. The weaker units fail, leaving a more robust population. The next period is termed the useful-life period, when failures occur randomly at a low rate. As systems age, the third period, the wear-out period, begins. The rate of failures increases rapidly as components begin to fatigue or wear out. Wear out in electronic assemblies is usually caused by the breakdown of electrical components that are subject to physical wear and electrical and thermal stress. It is in this area of the graph that the automation system manufacturer’s mean time between failures (MTBFs) no longer applies. When an automation and control system enters the wear-out range, the risk of failures increases dramatically.

Click here to view the full article at InTech magazine.

About the Author
Bill Lydon is chief editor of InTech magazine. Lydon has been active in manufacturing automation for more than 25 years. He started his career as a designer of computer-based machine tool controls; in other positions, he applied programmable logic controllers and process control technology. In addition to experience at various large companies, he co-founded and was president of a venture-capital-funded industrial automation software company. Lydon believes the success factors in manufacturing are changing, making it imperative to apply automation as a strategic tool to compete.
Connect with Bill: