END_OF_DOCUMENT_TOKEN_TO_BE_REPLACED

This guest blog post is part of a series written by Edward J. Farmer, PE, author of the new ISA book Detecting Leaks in Pipelines. To download a free excerpt from Detecting Leaks in Pipelines, click here. If you would like more information on how to purchase the book, click this link. To read all the posts in this series, scroll to the bottom of this post for the link archive.

My new ISA book, Detecting Leaks in Pipelines, has generated quite a bit of interest and so I thought it would be useful to share some of the thoughts and feedback from other professionals. In this first in a series of blog posts, I plan to pass along the substance of various discussions and I'd like to invite your thoughts and input on what might be useful and relevant to your work.

In most petroleum and chemical processing units leaks generate a lot of urgent attention. Years ago, while sitting in a desk on the third floor of the engineering building in a large refinery we were all shocked with the rattling of our windows and the rising smoke from what we all knew as the lube oil unit. There was no doubt something untoward had begun and was continuing, and each of us did our jobs and followed directions. The damage was contained in a fairly small area and there were no injuries. Were we lucky?  Maybe, but this was a large and extremely responsible company with a good sense of organization and safe practice.  Sure, it was an emergency, but just as certainly it was handled according to plan. 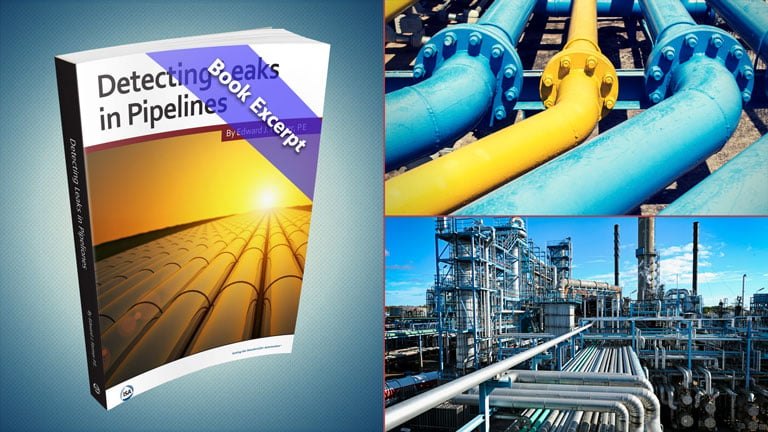 While there were some bad moments during, and a few months of disruption after, life went on, and the company’s position in the community remained intact. The company was viewed as competent, responsible, and in-control. That was a long time ago, but I have long remembered the importance of those lessons.  The public will tolerate a refinery in its “backyard” when the refinery demonstrates community responsibility, good and safe working practices, and, above all, control of its operations.

Discovering an event such as this one is pretty easy in a refinery. Something like 3,000 people worked there and the process unit was near a major access road through its center. The fire was visible for miles in daylight. There was a plethora of indications this situation was of significant and urgent attention, and that attention minimized the damage and the social impact.

Many processing and transportation facilities, pipelines and lease equipment, for example, are automatically operated at locations rarely visited without specific purpose.  Remote monitoring of such locations can minimize event impact, and can demonstrate a competent and “in-control” industry with the safety of its workers, the public, and the environment clearly in its thoughts.

Additionally, demonstration of responsible operation can forestall the acceleration of regulation.  If, when needs are recognized, an operator implements appropriate and effective mitigation and containment procedures it is more likely safety practices will proceed in a rational and industry-relevant way.  Everyone is familiar with the impact of best intentions implemented under dire circumstances spawning unintended consequences.

Leak detection rarely prevents accidents. Good design, good equipment, and insightful operating practices do that.  Leak detection can, however, advise of conditions approaching hazard limits, and can quickly communicate the occurrence, location, and size of a leak.  This can initiate a timely and appropriate response to the right place, and assist in organizing the support logistics involved in mitigation and containment.

There are also other motivations. Theft is a growing problem is some areas.  It creates safety problems by incompetent or inappropriate taps into the pipeline which easily go wrong, producing explosions, fire, property damage, and injuries. These thefts also involve product loss, substantial amounts in some places. As the money to be made from stealing oil produced by other people increases, thieves become ever cleverer about avoiding timely discovery. Tricks, such as injecting water to replace the stolen oil, challenge all but well-designed leak detection systems. In one area, the operator caught several thieves. Word got out and quickly, the prospect of being caught during a theft operation discouraged the thieves who apparently moved onto less surveilled territory. The operator was asked about the payout time on the leak detection project and equipment and he replied, “Oh, perhaps a few minutes.”  Oil theft at that level is a lucrative business, but only when you don’t get caught!

Sometimes an interest in enhanced safety comes from changes in operation. Some pipelines change purpose over their lifetimes which can also change the anticipated risk. In one installation line velocity decreased due to low production rates which resulted in the accumulation of corrosive sludge and solids at low points. This increased the corrosion rate of already aging pipe, which ultimately required some rethinking of the maintenance program as well as the focus of the leak detection effort.

Think over the condition, use, and exposure of your facilities, and consider the value of being in control of an accident instead of just wishing you were. Consider your safety-oriented practices and tools and evaluate the benefits.