A New Approach to Advancing the Connected Enterprise

END_OF_DOCUMENT_TOKEN_TO_BE_REPLACED

A New Approach to Advancing the Connected Enterprise 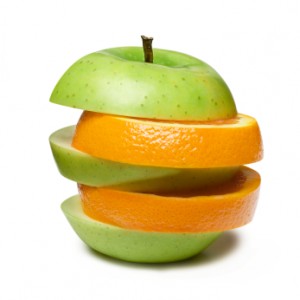 move parts along the production line, and data sometimes moved with the parts on paper tags. Today, of course, a connected enterprise is one that gathers information from intelligent assets at every step of the process.

When manufacturers began integrating their islands of automation in the 1980s, the technology was brand-new so they didn’t have to worry about functionality overlap between new and existing systems. But today’s manufacturers do. For that reason, the model we used for moving from paper tags to computerized manufacturing intelligence systems won’t work for advancing today’s complex manufacturing systems.

We need a new paradigm for continuing to improve our capabilities in integrating and leveraging manufacturing data. It just doesn’t make sense to implement a comprehensive suite that significantly overlaps the functionality of an existing systems environment. Such an approach requires replacing existing functionality with similar functionality.

Instead, we need targeted apps that fill in missing functionality without replacing or duplicating existing functionality — much like smartphone apps. Such an approach to advancement may prove essential to maximizing ROI. That’s because many manufacturers have invested in intelligent assets and systems that offer up to a 30-year lifespan. Replacing these investments with new ones would not provide a viable financial return, but enhancing them would result in an attractive ROI.

There are several ways to take a component approach to advancing the connected enterprise. However, you should utilize the ISA 88 and 95 architecture guidelines for decisions on splitting functionality between information system components in a way that enables continued enhancements over time. In doing so I suggest that you enable data integration through a common architecture that uses a common data structure, rather than through a proprietary suite of products. For batch based manufacturers the most logical way to advance the connected enterprise is to use the batch record as the basis for all integration.

To be clear, I don’t mean just electronic batch records, which refer only to the information associated with the basic batching steps. I’m suggesting that we think about batch records from the overall enterprise perspective and use batch identity as the key for collecting and integrating all the information associated with a batch — including raw materials consumed, employees involved in production, production order and delivery. I refer to this approach as enterprise batch record (EBR), and I believe it’s the key to advancement.

I challenge today’s MES and MOM software suppliers to consider developing EBR-based solutions with independent apps — or other similar solutions — to help manufacturers advance their connected enterprise with high ROI.

I hope we can continue the discussion of next-generation MES functionality at ISA Automation Week 2013. The show includes a track dedicated to the connected enterprise, with the specific goal of raising awareness of its financial impact. Another track focuses on protecting control system information from cyber threats — an essential aspect of the connected enterprise. I would appreciate your comments on these issues, and hope we can all work together as an industry to deliver the next generation of functionality while maximizing ROI.

About the Author
Rob Gellings provides operational leadership for MAVERICK’s Enterprise Integration business, which includes the integration of ERP/CRM, MOM/MES and strategic consulting practices. Prior to joining MAVERICK, Gellings spent nearly 10 years as president/CEO of EnteGreat, the manufacturing systems consulting firm he co-founded in Birmingham, Ala. He has also served as vice president of Raytheon Engineers as the head of its Consulting and Systems Integration division. Rob earned a bachelor of science degree in mechanical and electrical engineering at Kettering University and his master’s degree in management and supervision at Central Michigan University. He is registered in Alabama as a Professional Engineer (P.E.).