END_OF_DOCUMENT_TOKEN_TO_BE_REPLACED

The way we have started automobiles through the years is a simple analogy to the progress, or lack thereof, of process automation technology. Car owners have been carrying keys for the better part of a century. At first it took two operations to start a vehicle: the key turned on a switch, and the driver stepped on the starter. Later, starting was performed as a single action with the key. Later still, cars added central locking functions, still performed with a mechanical key.

As technology advanced, functions performed with a key became more complex, until the key itself was made largely obsolete. Basic control functions, such as locking the doors and starting or stopping the engine, became more sophisticated. Now the car is able to sense the owner (or at least the owner’s key fob) approaching, and it unlocks the door as he or she grasps the handle. Once inside, the system provides a secure means of push-button starting the vehicle, and it may even go so far as adjusting the mirrors, seat position, and entertainment settings to meet a specific driver’s preset desires. One could say the basic functions of opening, starting, and adjusting a car have been advanced and elevated into the realm of advanced automation.

Process industries have developed along similar lines with control systems. To answer the question of what process control is exactly, we have to go back to the earliest introductions of control mechanisms, where first-generation electro-pneumatic-mechanical loop controllers replaced people doing tasks such as manually adjusting valves in response to some local indicator like a pressure gauge.

Although a device was used to automate a human function in an effort to control a variable, there was no sense of what the process was doing overall. A basic controller could keep an individual loop on an even keel, more or less, so long as there was not too much disruption. Complex processes might employ dozens or even hundreds of such controllers, each with its performance displayed on a panel board, but keeping an eye on the big picture was still a human process.

When distributed control system (DCS) platforms were introduced in the 1970s, they simplified the mechanics of the panel board, but did not do much to improve its capabilities. Big-picture analysis was still largely a human responsibility. Sure, getting beyond the technical constraints of pneumatic field devices with their troublesome compressed air tubing made it easier to install more instruments and actuators, but the basic control concepts did not really change. Any movement to advanced process control (APC) and other forms of control optimization were still in their infancy. Process automation capable of supporting APC had to encompass many technologies and techniques. It was characterized by incorporating many more input data points into algorithms and orchestrating more complex sequences.

Older systems did have powerful capabilities available to those willing to explore them. Some sophisticated users were operating with fundamental APC concepts even back in the pneumatic era, but those successes required a high degree of internal engineering capability. There were few, if any, tools available commercially to support such efforts. The same applied to early DCS platforms. Few companies ever overtaxed the brute computing power of the processors running a DCS, but creating the kind of programming necessary to drive APC in such an environment was no small task.

The hard work of optimization

The transition to process automation and APC was empowered by being able to create an all-encompassing platform capable of coordinating more than single loops or small cascade groups. One major advantage of newer platforms is the ability to optimize a process to suit the owner’s specific economic goals based on any number of desired outcomes. The process automation system can operate the plant to minimize energy consumption, maximize output, and deliver specific product quality attributes. Companies using these systems effectively swear by their capabilities.

Implementing such systems is challenging, and having an automation solutions provider working with an internal engineering department can make the task much easier. During the initial design phase of a control system upgrade or a new installation, it is far too easy to focus just on process fundamentals, and never get beyond considering desired steady-state conditions. Automation system upgrades and new installations can therefore miss opportunities to engage with process and automation technology experts capable of uncovering better ways of doing things.

An automation solutions provider can bring new eyes and ideas to advance a project beyond what designers conceived initially. While the individuals within a given plant may understand their plant processes intimately, such a group may not have the time to go beyond current capabilities. In some instances, these individuals may also lack broader knowledge of automation systems, particularly as applied to processes in other plants.

One of the major advantages of bringing in outside talent is tapping the collective knowledge of a larger group of engineers who have worked on many projects in many environments. Each new experience adds to the knowledge base, and it can be transferred as part of a planning process. Even a question as simple as, “Why is this control action performed in this manner?” can prompt discussion and cause companies to consider new and better ways of performing routine functions.

Many capabilities of modern process automation systems are still underutilized in most process plants, even among companies most people would consider sophisticated (figure 1). Far fewer companies use APC as effectively as they could, even though basic APC technologies have been around for decades. 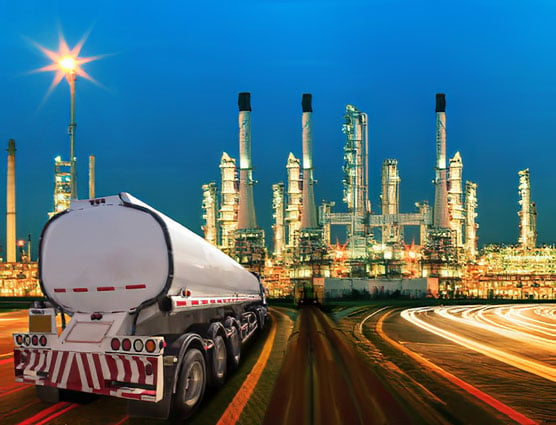 Figure 1. Even the most modern process plants typically do not take full advantage of the capabilities of their control systems.

Even fewer have developed systems for implementing procedure automation to deal with startups, grade changes, shutdowns, and other disruptions—even though such situations are the primary causes for process upsets and safety incidents due to the high degree of human intervention involved and the infrequency with which they occur. The ISA-106 standard covering procedure automation may be relatively new, but the concepts embodied in the standard have been around for many years.

As a purely practical matter, human capabilities and the skills of experienced operators are indispensable to operating a plant well, but too many plants are overly dependent on unwritten tribal knowledge. A review of reports analyzing process safety incidents will turn up many situations where an inadequately trained operator had to take manual control of a process during a startup or other changeover, and ended up making the wrong decisions. Companies lose huge amounts of money in such situations.

Properly developed process automation systems are always on the lookout for trouble, and are ready to respond and alert operators when a problem is anticipated or detected. More advanced control sequences stand ready to be executed via procedure automation, even if they are only used once per year. Comprehensive process automation systems cannot only handle plant operations automatically, but can also supplement operator knowledge and activities by supplying the right amount of information at the right time to the right people.

Automating actions through procedure automation is an excellent way to capture tribal knowledge and the understanding of a plant’s best people before they retire or move on (figure 2). The need for operator training remains, but procedure automation reduces dependence on human memories and an individual’s ability to make the right decisions in a crisis. Control systems, even relatively old ones, can perform such functions when programmed properly, but outside assistance may be required to incorporate this functionality. 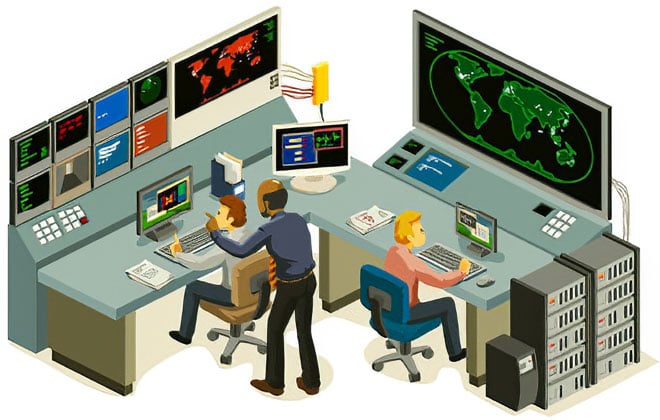 Figure 2. Procedure automation and other techniques can capture tribal knowledge from a plant’s best operators.

As we deal with the “great shift change” driven by worker demographics, the ability to automate the entire range of process control functions through procedure automation will become even more important. Experienced long-time operators often have a wealth of unwritten knowledge regarding plant operations waiting to be captured and automated. The technologies exist; it is a matter of taking up the challenge and doing it—and automation solutions providers can help.

Another area where a higher level of sophistication in process automation is critical relates to the increasing numbers of smart devices and systems in process plants, both wired and wireless (figure 3). The quantity of modern field devices offering extensive reporting and diagnostic capabilities has grown by orders of magnitude, as has the information each can deliver. These devices are easily networked via a variety of protocols, which provide a huge pipe for delivering mass quantities of data. 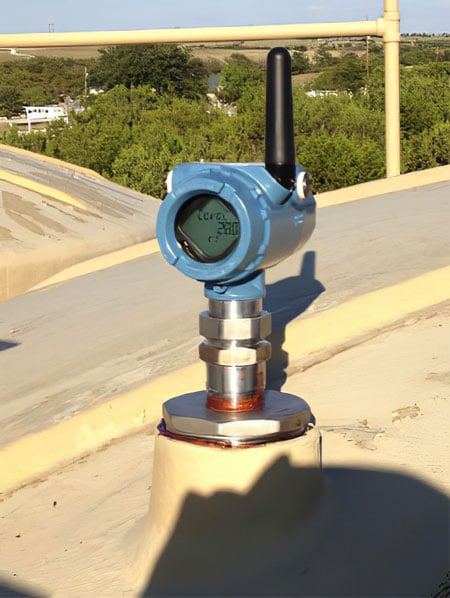 No longer does each device provide a single 4–20 mA signal corresponding to the process variables, as now there is status information about a transmitter’s health or a valve’s condition (table 1). In fact, the flood of information can be too much of a good thing if not handled correctly.

However, a well-configured process automation system is capable of harvesting what may seem to be an overload of data, then digesting it to make it useful. From a process standpoint, extended process data can be boiled down to established key performance indicators, which in turn feed back to optimize operations.

Careful consolidation of this data into control room or mobile dashboards gives operations personnel at-a-glance visibility into the system status.

Modern process automation components also have functionality beyond what is needed to directly control or automate a process, as they now often supply valuable data to maintenance management systems, historians, mobile devices, and so on.

More than the sum of the parts

Making all these elements work together to create a symbiosis of technologies and work processes is a daunting task. Choosing the best approaches from the dozens or hundreds of possibilities in a given situation can seem overwhelming, and may cause some companies to remain in the past for fear of investing too heavily in wrong technologies or applying the right ones ineffectively. An automation solutions provider can help users sort through seemingly endless options and make appropriate choices.

Once those choices are made, all the individual elements have to be networked together to support optimized interaction. This is where the participation of an automation solutions provider is critical, as control systems and components are selected and implemented to connect disparate parts into a seamless whole. These activities depend on the accumulated know-how of engineers and technicians who have worked with a variety of major platforms, countless subsystems, and numerous plant processes.

Companies that have implemented major projects thoughtfully with careful planning and help from a capable automation solutions provider typically realize better performance, reduced costs, improved safety, and other benefits (table 2). Having automation systems capable of controlling plant processes without constant human intervention creates a much safer environment, and allows a company to thrive even in the face of changing and challenging conditions. 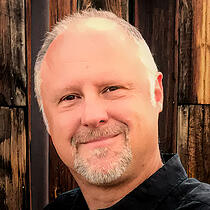 Paul Darnbrough, P.E., CAP, is a principal at ControlsPR and previously worked in the Automation Solutions Group at MAVERICK Technologies, a Rockwell Automation company. He has more than 25 years of experience in engineering, documentation, and construction of automated industrial and process control systems. Paul has worked with clients ranging in size from small single-owner operations up to Fortune 500 companies and government agencies, involving operations in the plastics, food, dairy, chemicals, material handling, discrete manufacturing, water treatment, and pharmaceutical industries.

Popular Blog Posts from the First Half of 2021

This program honors the remarkable achievements and contributions of ISA members. The International Socie...
Steven Aliano Jul 27, 2021 5:30:00 AM

Why CO2 is the Most Promising Refrigerant in the Cooling Industry