END_OF_DOCUMENT_TOKEN_TO_BE_REPLACED

The influence of digital technology on automation began with the introduction of distributed control systems—in place of panel-based instruments and controllers—into process plants in the early 1960s. This was followed by the introduction of programmable logic controllers in late 1960s, replacing relay-based systems in plants. Since then, automation and digital technology have almost become inseparable. Intense competition, the need to more efficiently use all resources to create shareholder value, and so on are driving manufacturing companies to seize opportunities to continually improve their operational excellence. When they realize that digital technology offers them immense possibilities to better their performance, it propels them to invest in digitization and digitalization.

Let us switch over from digitization to digitalization. In the absence of a formal definition, there is confusion about these two words; often they are used synonymously. Both Oxford dictionary and Wikipedia see digitalization and digitization to mean the same thing, but for most of the players in this domain, these words have different meanings.

Let us, for example, take the case of Gartner and Siemens. According to Gartner, digitalization is "the use of digital technologies to change a business model and provide new revenue and value-producing opportunities; it is the process of moving to a digital business." But for Siemens, digitalization is "the process of connecting digitized information via digital twins and the digital thread to gain detailed insights that can be used to transform business processes and create new opportunities for product innovation." Their definitions of digitalization differ because of their respective business orientations. While Gartner is more into business process reengineering, Siemens is largely a product/system supplier. Depending on who you ask, the meaning of digitalization changes.

From a manufacturing company’s perspective, however, digital technology empowers through information gathering, sharing data among all the stakeholders in real time, processing data to obtain actionable insights, and acting autonomously on them. Therefore, in an industrial context, digitalization is the process of leveraging digital technology to connect and process digitized information and gain actionable insights that can be acted upon to improve efficiencies and productivity in the manufacturing enterprise’s operations.

It may be relevant to point out that all the necessary digital building blocks—such as industrial automation, enterprise resource planning, supply chain management, customer and supplier relationship management, manufacturing execution systems, and similar solutions—already exist. The ANSI/ISA95 standard and Reference Architectural Model Industrie 4.0 provide frameworks and approaches to integrate these building blocks and reap the benefits of digitalization.

Many manufacturing companies have already embarked upon digitization, digitalization, Industry 4.0, smart manufacturing, connected enterprises, or the Industrial Internet of Things. The ultimate goal of these technologies is the same—to become information-driven and autonomously operated to achieve operational excellence. Even though digitalization is an endless process, each step has a specific objective. Each manufacturing entity has to follow its own roadmap, dictated by its own priorities.

This article is a product of the International Society of Automation (ISA) Smart Manufacturing & IIoT Division. If you are an ISA member and are interested in joining this division, please email info@isa.org. 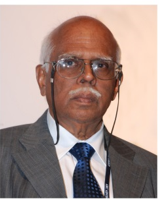