END_OF_DOCUMENT_TOKEN_TO_BE_REPLACED

Archit Kohli is the president of the International Society of Automation (ISA) Mukesh Patel School of Technology Management and Engineering (MPSTME) student section located in Mumbai, Maharashtra, India. The ISA MPSTME section aims to create meaningful networks between students and institutions, with the goal of increasing student participation and interest in automation and related fields.

Most recently, Archit and other members of the MPSTME student section set their sights on developing an app to address women's safety in India. ISA sat down with Archit to discuss the specifics of building this app—and the MPSTME section’s plans for the future.

ISA: Thank you for taking the time to talk to us today. What inspired the ISA MPSTME section to develop a women's safety app?

Archit Kohli: The issue of women's safety has been a hot topic of discussion around the world for as long as one can remember. When the pandemic started, the world witnessed some shocking events that brought to light some of the dangers women face daily. This revelation had citizens around the world up in arms as they did their part to acknowledge, create awareness, and make a change in society for women. At the ISA MPSTME section, we are no different. Our goal is to do our part to help make India, and the world, a safer place for women. We believe that we can have a lasting impact on the digital landscape, thanks to a highly competent development team that has worked tirelessly to make this dream a reality. I am proud and grateful to this team, who not only believe in this cause but also have the drive to help make this change.

ISA: Can you discuss the process of building the app—what successes and challenges did you encounter during the building process?

AK: There are three main stages we went through in the development of this app. The first stage was the planning stage, which allowed us to zero in on the actual problem we wanted to tackle: the issue of women's safety. The pandemic has forced people to work from home and online, which meant that an app was our best option. We started by asking the most important question involved in developing an app for women's safety: what makes a “good” women's safety app? This meant using surveys, which we conducted across the country via Google Forms. We reached out to women of different backgrounds and asked for their opinions on what would make the app foolproof. We used the responses in the second stage, which was the building stage. We filtered and chose the best or most relevant ideas, which could be converted into working algorithms and implemented into a working module. This led us to the third stage, or the implementation stage. We believe this app is a very viable solution to assist authorities in matters pertaining to women's safety. The biggest challenge, however, is reaching out to the correct audience. It becomes a waste if a solution exists for someone who doesn't even know of its existence. Informing the masses is a long process that we are still working on, but I am confident that we will be able to accomplish this herculean task.

ISA:  What are the names of the key people who helped build this app?

AK: The team behind this app is made up of some of our most competent members here at ISA MPSTME. I introduced the idea for the app to the rest of the team. The surveys were carried out under the supervision of our social media head, Avanti Bhandarkar. The development team was led by ISA MPSTME vice president, Ayush Falor, and executives Aaryadev Chandra and Suvaditya Mukherjee. The design was produced by digital creatives head, Parth Desai, along with his team. Other essential members who worked on the app were Devanshi Mehta, Viraj Patil, Harshad Shah, Pooja Mangal, Kshitij Kavimandan, Shounak Deshmukh, Aditya Patankar, and Prisha Dhoot. All of these members' sincere efforts have resulted in our women's safety app, Eve, becoming a reality.

ISA:   What are the main features of the app?

AK: The app Eve has the following stand-out features:

ISA:  What plans does the section have now that the app has been developed?

AK: With Eve scheduled to launch on the Google Play Store, we are now focusing our efforts on reaching out to as many women as possible to inform them about this app and encouraging them to try it out. Additionally, we are working on developing it for the iOS platform. Our main goal is to ensure that women see Eve as a viable option to ensure their safety. The most important thing we can have is their trust in our app. Once the presence and benefits of this app have been established in India, we aim to expand it globally.

ISA: Do you have any advice for other ISA student sections who might want to do something similar?

AK: Firstly, I want to encourage other ISA sections to take up social initiatives. We are fortunate enough to be blessed with the life we have today. As the generation that will lead the future, it is our moral duty to ensure the existence of a safer and more sustainable environment. The only thing I request any other section do when taking up social initiatives is to thoroughly understand the background of the particular issue they aim to solve before they move ahead. Just knowing the problem is never enough. Familiarizing oneself with the origin of the problem and its causes is the only way of ensuring that a strong foundation is built upon which the problem can be tackled. If any section wants to collaborate with us in our social efforts, I encourage them to reach out to us via the official ISA MPSTME social media handles, and we will be more than happy to help. 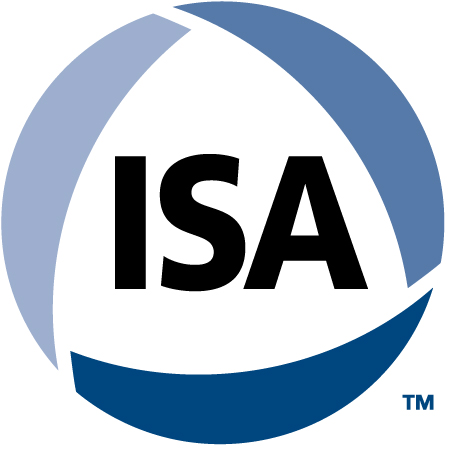 Christina Ayala is a marketing specialist at ISA.