END_OF_DOCUMENT_TOKEN_TO_BE_REPLACED

When you read a book, do you ever consider the years of knowledge that lie behind the words? Collectively, the co-authors of Instrumentation and Control Systems Documentation, Second Edition bring 80-plus years’ worth of experience to each page. What’s even more unique is they are father and son.

A dedicated ISA member for more than 40 years and well-respected ISA author and former Staff Engineer, Fred Meier brings more than 50 years’ worth of experience as a control systems engineer, chief engineer, and engineering manager in the oil, chemical and engineering industries worldwide. He has served as President of the ISA New York Section; the Edmonton, Alberta, Section; and the Tar Heel (North Carolina) Capital Area Section.

Not to be outdone, Fred’s son and co-author, Cliff Meier has more than 30 years’ experience that started in the 70s with a Bachelor of Science degree in Mechanical Engineering at Northeastern University. Also an ISA member, Cliff says his attraction to the widgets and intricacies of instrumentation and control took him to three continents where he was involved in nuclear and fossil fuel power generation, oil and gas production, chemical, pulp and paper processes, microelectronics factories, and even wastewater treatment. He has worked on projects ranging in complexity from a few control diagrams to complex modernization control projects and green-field installations entailing thousands of loops and hundreds of schematics.

In writing the book, the authors focused on the knowledge needed to understand and apply the symbols and documents used to define a modern industrial instrumentation and control system, while discussing industry standards, especially ANSI/ISA-5.1-2009 – Instrumentation Symbols and Identification, to define and describe the symbol-based “language” that identifies measurement and control devices.

Curious to learn what prompted this dynamic duo to team up and write a book on process documentation, we asked some questions. Cliff Meier shared their story.

What were the circumstances and thought behind writing the book initially?

The book resulted from a complex set of events, so bear with me. I was fortunate to score a year-long work assignment assisting a team of Irish engineers in Dublin in the design of a microelectronics chip fabrication facility. At one point, it came out that, despite being in my 40s, I had never actually had the ceremonial rite-of-passage first drink with my Dad, or as one of the lads said, I had never had “a bit of a gargle with me Da.” The lads were appalled and insisted that I rectify this gross injustice. The Dad has to pay for the drink for it to truly count, by the way; let’s assume it’s the law. An opportunity to rectify this gap in my upbringing was a long time coming as my Dad and Mom [Jean] were given to gallivanting about the world while Dad did engineering stuff; there were limited crossings of paths.

Later on, I was whining, in a manly way, on the phone to him about the quality of P&IDs I was seeing at some job, so he called me out: “If it is so important to you, we should write a paper about it.” The resulting paper for ISA had the improbable title, “The Standard P&ID, Elusive as the Scarlet Pimpernel”. We had a bit of fun writing it, and ISA asked that we present it at an ISA conference in Philadelphia.

You can see this coming now, but of course, after delivering the paper we ambled over to a nearby pub and I provided him the opportunity to make right the deficiency in my upbringing. During this ceremonial refreshment, he mentioned that ISA was lobbying hard for him to build on some of the classes he taught for the society by writing a book on control systems documentation. They saw a need, as we did, for someone to lay out the expectations and uses of the myriad of documents, not to mention a need for some sort of primer on the terminology and formats that one will deal with when developing a documentation set. Dad did not want to take it on by himself; I like writing, we have similar experiences and opinions on the subject, so what the heck. We decided there that we would do it together. In fact, the first listing of the chapters was done on a bar napkin if I remember right. Let’s just say it was - it makes for a better story. My interest in writing the book had nothing to do with my sister, Susan, writing one too, albeit in a different field. There is no competition in this family. Nope. None.

What was the need in industry at the time? Any major changes since then?

I’ll answer that question by changing it to one I want to answer, just as a politician does. Dad started doing controls systems in the late 1940s. I started in the late 1970s. We have seen huge changes in the industry. Back in the day, instrumentation and controls engineering comprised a fair few mechanical engineers; today it is dominated by electrical engineers. You can throw into the engineer soup nuclear, petroleum and this was too long in coming, kids that study control engineering as a degree. Plus ones I forgot to list. Each discipline brought its own approach to the craft. I have seen projects done by engineers that are not versed in control systems deliver projects that work from an electrical circuit basis, but that are all but impossible to document or translate into universally understood terms. The standards of ISA serve to prevent this from happening but they are sometimes misapplied or ignored. In some industries or projects or maybe regions, it seems there is a tendency to forget the critical customers for any control system; the people operating and maintaining the equipment. The drivers for the final product seem to end up as cost, tradition, and even “because I can.” I often find myself asking “for what specific reason are you monitoring that point?” – “because we can” is not actually a valid answer.

I have heard people say the complexity of systems makes it harder to present information simply, but I suspect this is an excuse rather than a reason.

There have been huge changes evolving from pneumatics to AC voltage to DC voltage to DC mA and now to bus-based technology. The sheer volume of information from a modern instrumentation and control system that is available to facility operators and maintenance staff is staggering. Along with this explosion of information and communications methods comes some anarchy. I believe, and this is just an opinion, that as so many people have gotten into controls systems and done it in a manner that meets their specific needs, we also seem to lose the good parts of simple and clear presentation of information in a way that is familiar to most people.

A big issue for all engineering, not just instrumentation and controls, is that industrial design appears to be losing the quasi-apprenticeship training method that both Dad and I developed under while learning the craft. Companies run so lean that there is no time or even opportunity for some geezer to tell a less experienced engineer that 5-inch pipe, while it might fit the velocity criteria perfectly, is maybe not a great choice because “ya can’t buy it anywhere”. There is a real lack of practical mentorship for engineers coming up through the ranks. We hoped this book might offer some of the missing help. I would really prefer to not hear anyone else say “we don’t see the need for the expense of P&IDs” or “there are too many loop sheets” or my nemesis, “oh, we will just make the construction contractor fill in the blanks (so that the designer does not have to do his job – the italics are mine.)

What was it like working as a father/son team on the book?

It was hugely fun! Seriously. We split the chapters up, each claiming ones that were of particular interest. Amazingly, there were no duplicates and no leftovers. Neither of us expected that. Then we went off and scribbled away - actually my Dad scribbled on yellow pads; I clickety clacked away on a computer. Then we did that middle-school thing and switched papers to edit the other person’s work. We also called in people we knew to sort of sanity check things, as did the patient and stalwart staff at ISA. My Dad is not a procrastinator, but I am, ‘nuff said.

The bonus for us was that my Mom transcribed Dad’s longhand writing, which necessitated her essentially overnight transition from years spent behind a manual Royal typewriter to word processing software. I think she enjoyed the heck out of it, so it became a true family affair.

For more information on Fred and Cliff Meier’s book and biographies, visit www.isa.org/instdocument. 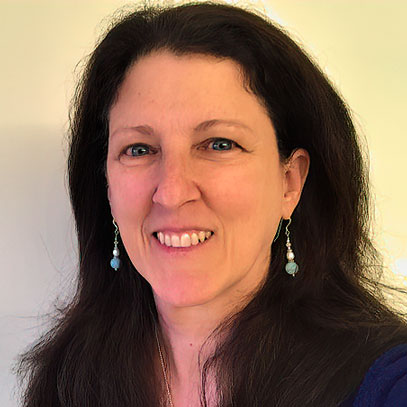 Susan Colwell is publishing and content Development manager at MAVERICK Technologies, a Rockwell Automation company. She formerly was director publications at ISA.

Cyber-Physical Systems: The Core of Industry 4.0