13 Ways Through an Industrial Firewall: What You Don’t Know Can Hurt You

END_OF_DOCUMENT_TOKEN_TO_BE_REPLACED

13 Ways Through an Industrial Firewall: What You Don’t Know Can Hurt You

This article was written by Andrew Ginter, vice president of industrial security at Waterfall Security Solutions. 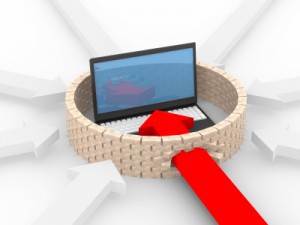 Rather than simply sow fear, uncertainty, and doubt, we also evaluate a handful of alternatives and compensating measures. A “green” grade means the measure blocks nearly all attacks in the class. “Yellow” means only some of the attacks can be blocked. “Red” means the measure is largely ineffective for this class of attack. For intrusion detection technologies, the green/yellow/red grades mean the technology can detect nearly all, some, or none of the attacks in the class.

2-FACT: 2-factor authentication is the use of biometrics, smart cards, or some other measure in addition to a password to identify and authenticate individuals seeking to access protected equipment. 2-factor authentication is used regularly on remote access mechanisms for industrial networks but is used much less commonly inside industrial networks, in part because of concerns about slowing down emergency response in safety emergencies.

RULES: Firewalls themselves can protect against some attacks if their configurations and rules are improved or made more specific.

PATCH: Security update programs or “patch” programs regularly test and install updated versions of software and operating systems to repair the software defects, which are security vulnerabilities. Patch programs are particularly challenging for change-controlled networks because of the risks to safety and to reliability that are inherent in any changes to executable code.

UGW: Unidirectional security gateways allow information to flow out of a protected industrial network but are physically unable to send any attack or communication at all back into the industrial network. The gateways replicate industrial servers to business networks. Business applications and business users access only the replica servers.