DCS Migration: Failure Is Not an Option

END_OF_DOCUMENT_TOKEN_TO_BE_REPLACED

DCS Migration: Failure Is Not an Option

This guest post is authored by Matt Sigmon, director of DCSNext, MAVERICK Technologies.

Recently I watched the movie Apollo 13 again, this time including my four children who had never seen the cinematic classic. I’ve personally seen it too many times to count; it’s one of my favorites—partly because it’s based on a true story that I never tire of reflecting on and remembering. Perhaps my favorite scene in the movie is the one where Gene Kranz (played by the venerable Ed Harris), NASA Flight Director of the Apollo missions is confronted with the harsh reality that three American astronauts were trapped inside the crippled Command and Lunar Modules,

unlikely to reach their destination and facing a present danger that would cause most of us to panic. As the movie depicts, it was in this moment and faced with a mountain of pressure that Kranz uttered the words, “Failure is not an option.”

Admittedly, most controls engineers and automation specialists will never be confronted with such a life and death dilemma, yet we do face challenges and problems that demand the same determined ethic. Perhaps the most critical challenge facing the automation industry is that of aging control systems at or near the end of their product lifecycles. This is particularly the case with older DCS systems, though there are certainly a multitude of mature PLC, SCADA and DDC systems likewise nearing the end of their life spans. According to one recent ARC Advisory Group report, there are $65 Billion worth of obsolete control systems installed worldwide. Assuming that a third of those (approximately $20B dollars) are DCS systems, the result is that over ten million DCS I/O will need to be migrated over the next 10-20 years. Multiple platforms are no longer approaching the end of their lifecycles, they are already there; and beginning in 2013 many will no longer be supported by the OEM with parts and/or services. For some systems, the can simply cannot be kicked further down the road.

For industrial manufacturers with a significant DCS installed base, the problem is daunting and they face the real challenge of limited resources, planning and capital. Our work with these same manufacturers over the last several years has identified three different categories of approach to this problem.

This first approach is proactive address of DCS migration issues. These manufacturers have demonstrated initiative in facing these problems and challenges, having already developed and begun implementing migration strategies and plans. This includes FEL (Front End Loading) studies, capital planning, and actual execution of migration projects.

The second approach is a delayed address of DCS migration issues. Manufacturers in this category haven’t been so proactive, yet are now beginning to embark on similar endeavors. They are starting and completing evaluations, developing preliminary estimates and schedules, and laying out roadmaps for their migrations.  Some in this second category are further along than others, but all face similar challenges, including vendor selection, funding approval, and figuring out how to migrate thousands of I/O and application programs to a new system with little or no downtime.

Finally, there are a number of manufacturers that are in reactive mode and have done little or nothing to plan for or begun migrating their obsolete systems. In a recent discussion, one controls engineer told me at their management’s discretion, they will not begin replacing their old DCS until equipment failures (that cannot be remedied with parts refurbished onsite) cause process downtime. Simply put, they will replace it when it breaks and can’t be fixed.

Failure should not be an option, yet to varying degrees for some industrial manufacturers it’s very real possibility, particularly those in the third category.  With no plan, no funding approved and no migration work completed, they potentially face production downtime, loss of efficiency and diminished market presence.  And without an effective, proactive plan they will likely struggle to secure funding, fail to thoroughly evaluate their options and spend too much when they finally begin the process of migration.

Even so there is time and opportunity to plan for success, implement the right solution and move your organization forward. How? Much could be written to answer that question but briefly below are three key steps that should be put into practice post-haste. 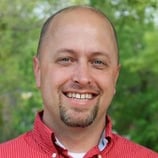 Matt Sigmon directs MAVERICK Technologies’ DCS Next initiative, which helps manufacturers leverage DCS migration as an opportunity for significant advancement. In this role, Matt manages operations as well as client relationships to ensure that MAVERICK utilizes the full range of operational consulting services to deliver the best possible solutions. Specifically, Matt is responsible for developing the work process, staffing models and client relationships with their business development managers. He also oversees all DCS migration projects and programs. Matt joined MAVERICK in 2005 when the company acquired General Electric Automation Services (GEAS), where he had worked since 1997. At MAVERICK, he has served as regional manager, engineering manager, project manager and engineer. Most recently, Matt was director of sales operations, which required him to manage a geographically and technically diverse team of specialists who delivered estimates and proposals for hundreds of new opportunities each year.