How to Improve Motor Performance and Lower Downtime

END_OF_DOCUMENT_TOKEN_TO_BE_REPLACED

How to Improve Motor Performance and Lower Downtime

This is an excerpt from the March/April 2014 issue of InTech magazine by Oreste "Rusty" Scioscia Jr., a senior application engineer at Eaton.

"Approximately one-third of total U.S. delivered energy in 2012, 23.6 quadrillion Btu [British thermal units], was consumed in the industrial sector, which includes manufacturing, agriculture, construction, and mining," according to the U.S. Energy Information Administration. To put this in perspective, the average annual energy consumption for a U.S. household is roughly 10.8 megawatt hours (MWh) of energy. If the total U.S. power consumption for 2012 were 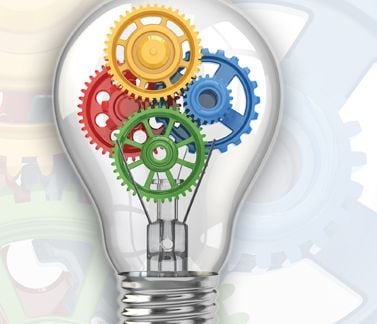 split up among every U.S. household, each household would be using 60 MWh annually, with manufacturing accounting for 20 MWh of this.

Out of all the energy consumed by U.S. manufacturers annually, induction motors make up 50 percent of the load. Of that 60 MWh aggregate number, motors would account for 10 MWh.

There are two inherent design limitations to induction motors that pertain to efficiency and energy consumption:

The advent of adjustable frequency drives in the 1970s and 1980s provided the first economically viable method for circumventing these limitations. Using adjustable frequency drives, industrial facilities can control motor speed and the utility side power factor-increasing energy efficiency and providing greater control of their processes. The return on investment for purchasing adjustable speed drives is typically between 12 to 18 months, depending on motor utilization.

The speed of an induction motor is governed by two attributes: electrical driving frequency and the number of poles. In the U.S., a motor that is connected directly to the utility will have a driving frequency of 60 hertz (Hz). With a standard four-pole motor, the revolutions per minute (rpm) are 1800, calculated with the following formula.

Using a motor at its rated speed results in an efficiency rating close to the manufacturer's specifications. However, situations arise where an operator would like to change the motor's speed. For example, a hydraulic pump operator installs a flow-limiting valve to be able to control the flow of water from the pump. In this case, using the valve is analogous to driving a car with "the pedal to the metal" and varying the vehicle's speed with the brake. In both cases-driving with the brake on and adjusting a motor's speed with flow-limiting valve-energy usage is inefficient.

A motor's efficiency can be kept at a maximum by allowing it to turn at its rated speed, which is determined by the equation above. By adjusting the driving frequency delivered to the motor, the motor speed can be controlled and changed, while avoiding the use of a valve or mechanical brake. This is precisely what an adjustable frequency drive does.

Adjustable frequency drives help to remove the need for capacitors. When a motor and an adjustable frequency drive combination is used, the drive is installed between the motor and the utility. Because the drive's power factor is typically no lower than 98 percent, it acts as a buffer. Therefore, the utility will not be able to "see" the low power factor of the motor, and no additional capacitor banks need be installed.

To read the full article on motor performance, click here.