END_OF_DOCUMENT_TOKEN_TO_BE_REPLACED

There are many steps involved in new construction projects and plant startups, and each of these steps has its own set of variables and risks. The unanticipated problems resulting from these uncertainties can create new costs, reduce the ROI of the overall automation investment, and increase 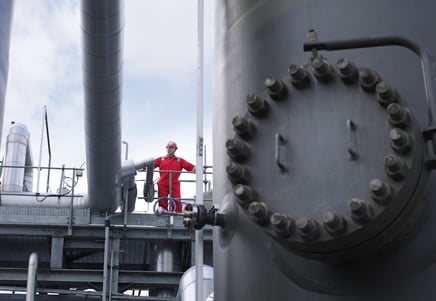 the time to startup.

For example, installing a large number of transmitters can either delay a start up or can be made simple, even taking it off the critical path. Eliminating tasks and reducing labor on every transmitter installed can result in significant savings in both time and money. And, with the right technology, even managing them in the future can be made easier.

Several issues can arise. A common one when installing a large number of transmitters is that they may be inadvertently wired incorrectly. Most of today’s transmitters are insensitive to polarity so that wiring them in reverse will not damage them. But some smart transmitters are completely insensitive to polarity – and they will work whether or not they are wired correctly. This saves time for the installer in finding and re-wiring those that were wired incorrectly, and also prevents damage to the transmitters under power. With polarity concerns out of the way, transmitters can be quickly wired and put under power with certainty that they will come online and operate correctly, even if the wiring is reversed.

Another transmitter feature that saves labor hours is messaging. Traditionally, two technicians work together to install and test transmitters using a hand-held or other host device. Today’s smart transmitters with messaging capability feature an advanced graphics display. The control room operator can send a tag-specific message to the transmitter which can quickly be confirmed by the single technician in the field. Some transmitters will even display a maintenance mode indication and system status to provide an additional level of safety awareness. This also provides visibility into which transmitters are active and which are not, showing the status of all.

Smart transmitter technology can also affect the future maintenance costs over the plant’s lifecycle. Modular technology provides the ability to remove a transmitter, even when it is under power, and to reinstall it or upgrade it easily. When upgrades and expansion are easily achieved through the modular concept, the startup budget need only include what is currently needed.

Using the latest in smart transmitters can also help save time and money through the use of a user keypad located on its enclosure. Even in an intrinsically safe environment, the transmitter can be configured through this keypad, including change tag information, language changes, and more - without a hand-held device – whether it is on the bench or in the field.

Risk can be mitigated, labor costs contained, and total lifecycle costs significantly reduced by selecting smart transmitters that are modular in nature, have advanced graphics and messaging capability, are insensitive to polarity, and have been pre-tested for integration with your control system. 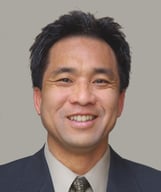 Phil Ng is a senior product manager with Honeywell Process Solutions (HPS). In his more than 25 years with HPS Phil has held several roles including Honeywell Profimatics advanced application engineer and control engineer. He has been responsible for a variety of products including the new SmartLine Guided Wave Radar Level Transmitter. Phil currently serves as Honeywell’s representative in ISA100 working groups and supports other industrial standard activities related to wireless for HPS. Phil is also the ISA100 Wireless Compliance Institute marketing leader. He has successfully completed Honeywell’s Six Sigma Black Belt certification.
Connect with Phil: