END_OF_DOCUMENT_TOKEN_TO_BE_REPLACED

This article was written by Nathan Hedrick, flow product marketing manager at Endress+Hauser.

Two-wire transmitter technology came about from an agreement among various instrument suppliers in the 1950s to standardize on 4–20 mA current loops as a means of sending a flow, temperature, pressure, or similar process signal back to control and monitoring systems. In the 1980s, HART was added to the 4–20 mA signal, providing additional calibration and diagnostic information. In 1986, 4–20 mA HART was made into an open protocol, and today it is by far the world’s leading digital instrument communications protocol.

Although wireless and EtherNet/IP technologies have joined the process transmitter scene in recent years, two-wire flow transmitters continue to play an important role due to technological advances in their power management and other systems. This article describes basic two-wire technology and the advances made using this technology in two types of flowmeters: Coriolis and electromagnetic meters. 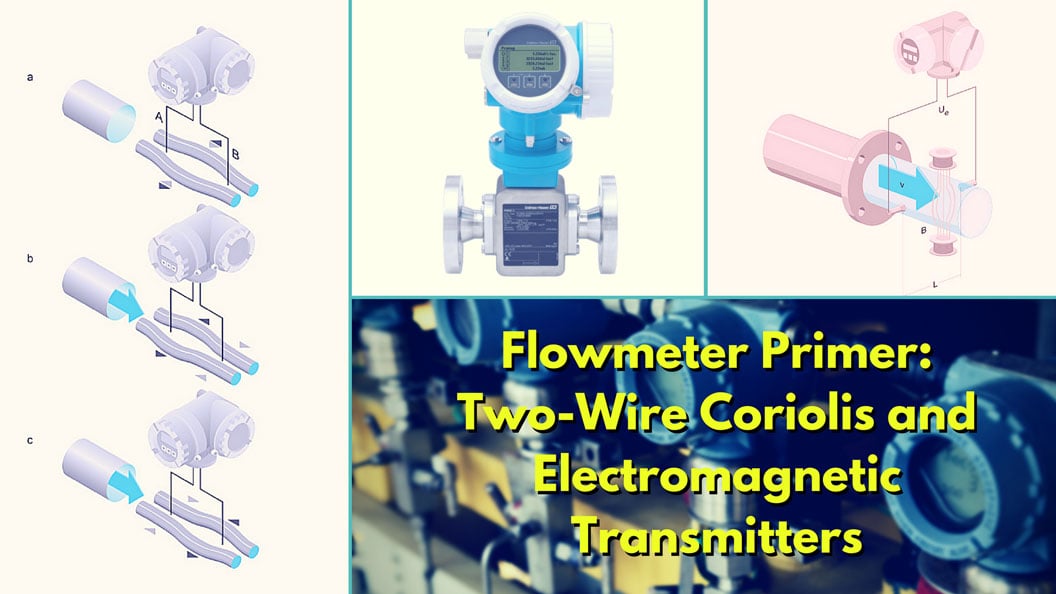 A loop-powered instrument using a 4–20 mA output regulates its current consumption to vary in proportion to its measured process variable. Typically, 4 mA is zero, and 20 mA is full scale. Due to NAMUR standards, which are common in the chemical industry, two-wire instruments support an alarm state of 3.6 mA, that is, if the output drops to or below 3.6 mA, the control system knows there is a need to investigate what is occurring at the device.

A two-wire instrument using a standard 24 volts direct current (VDC) power supply can perform with less than 0.1 W of power, a very safe power level. When equipped with an intrinsic safety barrier to prevent too much current being introduced into the loop, two-wire transmitters can operate safely in many hazardous areas, eliminating the need for protective conduit, explosion-proof enclosures, and other safety-related components.

Until recently, the low power available in a two-wire system limited the technology to relatively unsophisticated flow devices. Coriolis and electromagnetic flowmeters required too much energy, and therefore needed a dedicated power supply.

In these systems energy was supplied by a four-wire infrastructure, where two of the wires carried power and two carried the process variable signal. Using four-wire technology in a hazardous environment required more extensive and expensive safety precautions, and of course was more expensive because more wiring needed to be run. It was not until 2011 that modern electronics technology made it possible for Coriolis mass flowmeters and electromagnetic flowmeters for larger line sizes to operate as two-wire devices.

The earliest description of the Coriolis measuring principle is attributed to a French physicist and mathematician, Gaspar Gustave de Coriolis. The principle is based on the oscillation of the tubes and the linear movement of the flowing fluid (figure 1). This results in the Coriolis force causing the measuring tubes to “twist” (b, c). Sensors (A, B) at the inlet and outlet of a Coriolis meter register the difference in time of this movement, which is also known as the phase difference. A higher mass flow causes a higher phase difference.

Figure 1. How a Coriolis flowmeter works

With its 4–20 mA HART output, a two-wire Coriolis meter can send flow, temperature, mass flow, and density data back to the controller—along with diagnostic, calibration, and status information.

A Coriolis flowmeter is extremely accurate—typically 0.1 percent of reading—and has no moving parts that can clog or fail. It is also unaffected by changes in viscosity. Thus, it is an excellent replacement for more inaccurate flowmeters, and it can use the existing two-wire cable that powered the older flowmeter.

The first two-wire Coriolis flowmeter appeared in 2011 (figure 2), thanks to innovations in device power management. The flowmeter operated on a single, 4–20 mA HART two-wire loop, was remotely powered by a DC supply, was certified for use in Class I, Division 1 areas, and could be deployed in an intrinsically safe system through the use of approved safety barriers.

The first electromagnetic flowmeter can be attributed to Swiss cleric and inventor Father Bonaventura Thürlemann, but the physical phenomenon driving its operation was first described by English physicist Michael Faraday. Faraday realized that electric charges are induced in a conductive metal rod of length (L) moved at velocity (v) through a magnetic field (B), and, consequently, a voltage (Ue) of a few millivolts is generated between the ends of the rod. He also discovered that the magnitude of the voltage is directly proportional to the velocity of movement and strength of the magnetic field, as expressed in the equation:

In an electromagnetic flowmeter with known length (L), the conductive fluid flowing inside the measuring tube corresponds to the metal rod in Faraday’s experiment. A magnetic field of constant strength is generated by two field coils, one on each side of the measuring tube. Two electrodes on the inside wall of the pipe detect the voltage generated as the fluid flows through this field.

The measuring tube is electrically insulated from the fluid and the electrode with a nonconductive lining (e.g., polyurethane, polytetrafluoroethylene, hard rubber). Given a magnetic field of constant strength (B), the equation above shows that the induced voltage (Ue) is directly proportional to the flow velocity (v). Based on the known cross-sectional area of the pipe, the volumetric flow rate can then be calculated.

Figure 3. How an electromagnetic flowmeter works

Two-wire flow measurement has traditionally been limited to relatively unsophisticated technologies, such as variable area, differential pressure, positive displacement, and turbine meters, due to the limited power available to the devices. However, innovation in device power management has brought significant advancements in the adoption of more modern two-wire flow measurement technologies such as Coriolis and electromagnetic flowmeters.

The first advantage of a two-wire flowmeter is the reduction of required wiring and conduit. A two-wire device cuts capital costs by a conservative estimate of $1,000 per measuring point in new installations. These savings come from reduced material costs for wires and conduit, as well as reduced labor costs.

Plants with existing four-wire installations can also benefit from switching to two-wire technology. Benefits include lower energy and operating costs. Many four-wire Coriolis and electromagnetic flowmeters are rated at up to 15 W of power consumption, while a two-wire transmitter requires only 0.1 W. Using a two-wire flowmeter reduces energy consumption by 96.4 percent compared to a four-wire flowmeter.

Many two-wire flowmeters can operate in an intrinsically safe environment, which inherently limits the power available through the use of intrinsic safety barriers. This eliminates the flowmeter as a possible ignition source. Not only does this enhance plant safety, but it also allows access to the device for programming or maintenance without taking it out of operation, improving plant productivity and lowering operating costs.

Advances in Coriolis and electromagnetic flowmeters make the adoption of two-wire flow measurement more attractive than ever before. If a plant chooses to implement these meters, it can expect savings on both capital and operating costs, increased plant productivity and revenue, and better risk mitigation through improved safety for plant personnel, processes, and equipment. 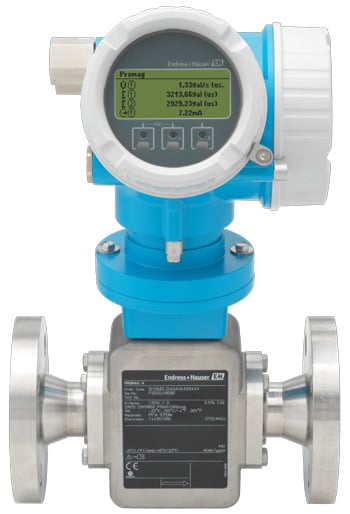 Figure 4. Two-wire electromagnetic flowmeters were once limited in size. Advances in power management now allow for line sizes up to 8 inches. 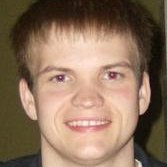 Nathan Hedrick has more than six years of experience consulting on process automation. He graduated from Rose-Hulman in 2009 with a bachelor’s degree in chemical engineering and began his career with Endress+Hauser as a technical support engineer. In 2014, Hedrick became the technical support team manager for the flow product line. He has recently taken on the position of flow product marketing manager.
Connect with Nathan: