END_OF_DOCUMENT_TOKEN_TO_BE_REPLACED

This is an excerpt from the May/June 2012 issue of InTech magazine by Alan Carty.  post.

With the increased demand for automation professionals over the past year, many of you might be considering a job change, perhaps even a career change. Career changes are much more difficult than simply moving from one company to another and performing a role similar to what you currently do. Many engineers often 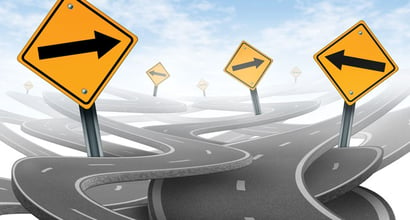 contemplate getting out of a purely technical role into another kind of position. In my role as a recruiter, I have worked with many candidates who have wanted to do this, but it can be very difficult, especially if you want to also leave your current employer.

Employers are reluctant to hire someone for any role in which they have no prior work history because there is a high cost associated with training for this new role. Most people take three to six months to become effective in a completely new type of position. Your current employer is much more willing to invest in you, since you have already proven yourself to him or her. In addition to the cost, there is the risk of failure. Not everyone can succeed in making career changes, and many successful engineers have failed in non-technical roles. Your current employer will most likely be able to assess your capabilities and determine whether they align with the new role.

Two good examples of career changes that can be made with your current employer, but are rarely made when changing companies, are:

Prior to starting my business, I worked for an automation products distributor for 11 years and made some radical job changes within that company. I started out in a technical position (automation specialist), and after four years I took a position as operations manager. Then a few years later, I moved into an outside sales role. I was able to do that because the owner knew me and trusted me when I said I could be successful at the new jobs. When you are looking at positions at other companies, your abilities are unknown to them, so all they have to go by is your work history.

Click here to read the full article at InTech magazine.

Consider the electric grid. It blankets most of the world. Its existence and reliability have defined the...
Kara Phelps May 26, 2020 5:15:00 AM

How to Build a Standards-Based Cybersecurity Culture: Learn More in ISA's New Whitepaper

Industrial control systems (ICS) are rarely protected adequately against cyber threats, and that's a seri...
Kara Phelps May 22, 2020 5:00:00 AM

The Future of Automation: Will Robots Take Your Job?