END_OF_DOCUMENT_TOKEN_TO_BE_REPLACED

This post was written by Bill Lydon, InTech’s chief editor.

The terms “cloud” and “cloud computing” have become popular, particularly in discussions about the Internet of Things (IoT). Cloud computing is now being discussed as a technology beneficial for industrial automation.

The origin of the term cloud computing is unclear. In some sense, it is descriptive of something off in the distance over the Internet—but we are not sure where or what is storing information and performing computing. Some claim the term was used in internal documents at Compaq Computer in 1996. Others suggest the term was first commercially used in 2006 when Google and Amazon began using “cloud computing” to describe the new approach to access software, computer power, and files over the Web instead of from local servers or a desktop computer. Whatever the history, cloud computing, or cloud for short, is now a common term. Pictures of local computers networked to the image of a cloud in presentations and literature have become popularized. 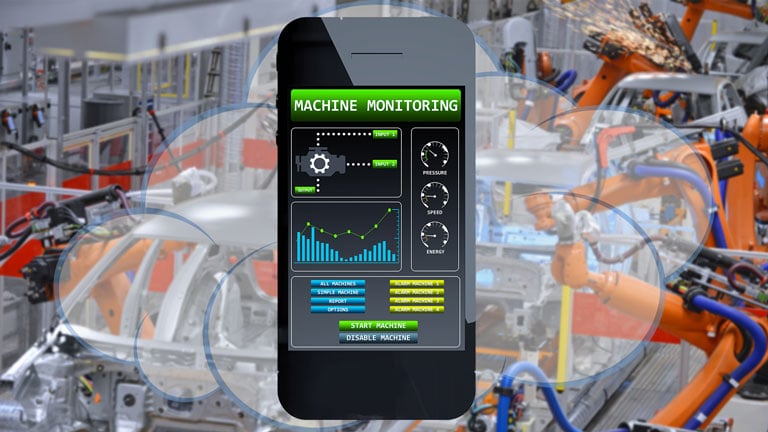 The National Institute of Standards and Technology (NIST) defines the term as, “Cloud computing is a model for enabling convenient, on-demand network access to a shared pool of configurable computing resources (e.g., networks, servers, storage, applications, and services) that can be rapidly provisioned and released with minimal management effort or service provider interaction.” NIST also defines essential characteristics of cloud computing:

A user can unilaterally provision computing capabilities, such as server time and network storage, as needed automatically without requiring human interaction with each service provider.

Capabilities are available over the network and accessed through standard mechanisms (i.e., Web services) that promote use by various platforms (e.g., mobile phones, tablets, laptops, and workstations).

The cloud provider’s computing resources are pooled to serve multiple consumers using a multi-tenant model, with different physical and virtual resources dynamically assigned and reassigned according to user demand. There is a sense of location independence in that the customer generally has no control over or knowledge of the exact location of the provided resources. Examples of resources include storage, processing, memory, and network bandwidth.

Capabilities can be automatically provisioned and scaled to rapidly meet computing and storage needs based on user demand. To the user, the capabilities available often appear to be unlimited and can be appropriated in any quantity at any time.

Cloud systems automatically control and optimize resource use by leveraging a metering capability at some level of abstraction appropriate to the type of service (e.g., storage, processing, bandwidth, applications, and active user accounts). Resource use can be monitored, controlled, and reported, providing transparency for both the provider and consumer of the utilized service. 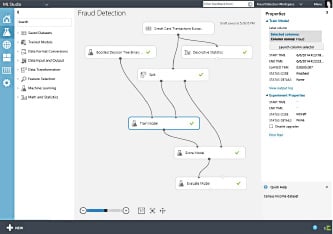 Microsoft Azure Machine Learning is an example of a new class of cloud-based resources that automation engineers can use to perform analytics. Using an online drag-and-drop integrated development environment, analytics are created for optimizations, predictions, and tune applications.

With a fast Internet or intranet connection, cloud computing provides virtually unlimited storage and powerful computing resources without the cost and maintenance of owning powerful computers and vast storage locally. This approach achieves economies of scale with shared resources that deliver powerful computing power and massive storage on demand in secure remote data centers with redundancy and power backup. Companies only pay for what they need without a fixed investment in dedicated hardware or the ongoing cost of software administration, maintenance, and upgrades. In contrast, on-site data centers are capital intensive and have a significant physical footprint, requiring allocations of space, hardware, environmental controls, and support staff. These assets have to be refreshed periodically, resulting in additional capital expenditures.

Another big advantage of cloud computing is it enables mobility, because it is device and location independent. Users can access systems with a Web browser regardless of their location or the device they use (e.g., PC, tablet, smartphone). Google Search is a good example that is a special case of cloud computing financed by advertising. For example, I just searched Google for the term, “cloud computing” on my notebook, and it returned about 136,000,000 results in 320 milliseconds from servers throughout the Internet.

Cloud computing also focuses on maximizing the effectiveness of the shared resources. Cloud resources are typically shared by multiple users and are dynamically reallocated to meet user demand. The advantage is better utilization of cloud computers. For example, a cloud computer facility that serves European users during European business hours may reallocate the same resources to serve North American users during North America’s business hours with a different application. This strength is also a reason cloud computing is not suitable for real-time control applications where availability is essential.

Reliable and persistent high-speed communications between a cloud service and a manufacturing facility is an obvious issue to consider. This issue limits cloud use to functions that can live with interruptions. Manufacturing automation processes that rely on high systems availability and that are tightly coupled to function properly cannot risk the loss of communications with cloud computing.

Cybersecurity is certainly a concern, and cloud vendors are working hard to protect data. However, connecting information to outside sources has inherent risks. Compounding this is the risk of a company’s intellectual property being stolen by competitors and imitators.

Cloud computing poses privacy concerns, because the service provider personnel can access the data that is on the cloud at any time and could accidentally or inadvertently alter or even delete information. Because data from large numbers of companies can be stored on large cloud servers, hackers can theoretically gain control of huge stores of information through a single attack.

It is important to study cloud providers’ privacy policies in agreements before committing to a cloud service contract. The legal information protection for using a cloud service is in its infancy. Contact agreements should specify the legal ownership of the data and prevent the cloud provider from using it. Also users should ask suppliers if they bond or insure users against losses and damages if there is a breach of information.

Many companies are setting up private cloud infrastructures solely for their use. Private clouds are maintained internally or by a third party as a way to mitigate cyberrisk and guarantee performance. Users can also encrypt data that is processed or stored within the cloud to prevent unauthorized access. For example at the 2015 19th Annual ARC Industry Forum, Reinhold Achatz, head, corporate function technology, innovation, and sustainability at Thyssenkrupp, described the company’s initiatives to transform operations to a digital enterprise implementing Industrie 4.0 built on a private cloud. The goal is seamless integration of the enterprise resource planning (ERP), manufacturing execution system (MES), and control system to reduce cost, increase quality, increase throughput, and reduce the environmental footprint.

Cloud-based MES simplifies deployment and lowers the cost of having a system that increases manufacturing efficiency. It helps smaller companies achieve operating advantages and efficiencies only enjoyed in the past by large companies that could afford to make significant investments. For example, I interviewed Howard Hauser, vice president operations of Hiawatha Rubber, who described how the small, private company has orchestrated modern manufacturing technology as part of its competitive strategy to improve operations and pursue new markets. It implemented a cloud-based enterprise system in just five months. The cloud-based system has a range of functions, including product life-cycle management, ERP, order entry and tracking, manufacturing execution systems, and supply chain management.

A community cloud is an infrastructure owned and shared by multiple organizations with a shared concern. This may well be the answer to meeting emerging requirements to track and trace (TnT) pharmaceutical products. TnT requires tracking each transaction that results in a change of ownership of a given drug—from sale by a manufacturer; through acquisition and sale by one or more wholesalers, manufacturers, or pharmacies; to final sale to a pharmacy or other person furnishing, administering, or dispensing the drug.

Storing historic data and performing analysis for functions such as predictive maintenance and macro-level process optimization can benefit from cloud computing. Plant historian data can be archived in the cloud for analysis and always be accessible for process optimization studies, business decision making, and genealogy. Plant historian data required for real-time high-speed in-the-loop control decisions is an unlikely candidate for storage in cloud services based on communications speed and reliability concerns.

Cloud-based analytics on demand as a service is a new phenomenon that has great promise to empower automation engineers to perform analytics on a wide range of applications that in the past have been too expensive. Basically information for analysis is pushed to the cloud and the engineer uses an online development environment to create analytic analysis and predictive analytics. These capabilities have been developed for a broad range of IoT applications outside of industrial applications, which is lowering the cost.

Bill Lydon is chief editor for InTech. Lydon has been active in manufacturing automation for more than 25 years. He started his career as a designer of computer-based machine tool controls; in other positions, he applied programmable logic controllers and process control technology. In addition to experience at various large companies, he cofounded and was president of a venture-capital-funded industrial automation software company. Lydon believes the success factors in manufacturing are changing, making it imperative to apply automation as a strategic tool to compete.

We want to hear from you! Please send us your comments and questions about this topic toInTechmagazine@isa.org.

About the Author
Bill Lydon is chief editor of InTech magazine. Lydon has been active in manufacturing automation for more than 25 years. He started his career as a designer of computer-based machine tool controls; in other positions, he applied programmable logic controllers and process control technology. In addition to experience at various large companies, he co-founded and was president of a venture-capital-funded industrial automation software company. Lydon believes the success factors in manufacturing are changing, making it imperative to apply automation as a strategic tool to compete.
Connect with Bill:

A version of this article also was published at InTech magazine

Click here to read this article on cloud computing at InTech magazine.

Cyber-Physical Systems: The Core of Industry 4.0