Castles in the Air

END_OF_DOCUMENT_TOKEN_TO_BE_REPLACED

Castles in the Air

Lessons on Analytics in Manufacturing from Semiconductor’s FDC Culture

“If you have built castles in the air, your work need not be lost; that is where they should be. Now put the foundations under them.” - Henry David Thoreau 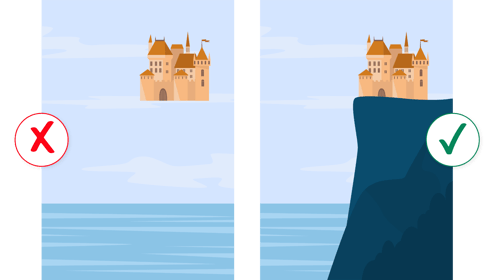 Falkonry has given me the opportunity to see a wide range of companies across a variety of industries from mining to metal working to power distribution to pharmaceuticals. It has been interesting to compare and contrast the various practices I have seen with what I experienced “growing up” in the world of semiconductor manufacturing. I want to talk about one important difference which has helped me better understand the driver behind semi’s ubiquitous Fault Detection and Classification (FDC) systems.

Why buy one if it has so many problems?

On one level, the reason for FDC systems is straightforward: Detect abnormal equipment behavior before it affects production. Preventing problems has a clear, easy to articulate ROI. However, after spending more than a few years building products in and around the FDC space, one thing became pretty clear: FDC systems don’t work all that well at the stated goal. They miss many important failures, and they have high false positive rates. Yet no one would build a fab today without an FDC system. What is going on?

I used to take this apparent contradiction for granted. However, after seeing how companies outside of semi look at the equipment maintenance and process monitoring problem, something subtle yet important stood out: Predicting specific problems is easier to justify in terms of ROI, but being able to explain what happened, regardless of whether it was predicted or not, is just as important. That is, even if a seal failure occurred without a predictive warning, understanding what that failure event looked like to help determine why it happened is still necessary. It’s in this second area that FDC, and more so the culture which has made FDC a given, really shines.

You have probably seen a version of this analytic maturity model somewhere before. 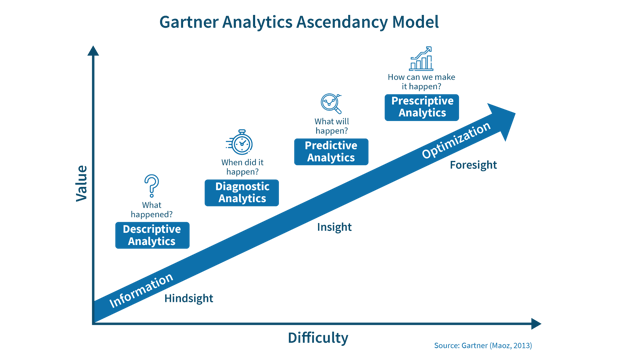 It is easy to view this as a set of targets with the implication being that the higher you aim, the better off you’ll be. Of course, it is better to be able to predict when a failure will occur. Of course, it is better to have analytics systems tell me what should be done to prevent that failure or to minimize the cost of that failure. Of course, I should start my digital transformation journey with the goal of achieving predictive and prescriptive analytics. Therefore, my product evaluations will hinge on the ability to predict conditions and on the ability to avoid failures related to those predicted conditions. The ROI here is high and easy to quantify. Show this and we’re done. QED.

But that’s like building “castles in the sky.” Yes, that is where they should be, but they also need a foundation, both technical and cultural, on which to stand. I believe that this is what FDC is really about in semi.

FDC isn’t the goal. FDC is the foundation.

FDC systems are the foundation on which fabs build towards better analytics. When something happens in the fab, the next question will be: Did FDC catch it? Even if it didn’t, the data collected in the FDC system provides valuable information for the equipment and process engineers to understand what happened (descriptive) and why it happened (diagnostic). The FDC system also serves as the platform on which further models can be built to try to avoid that problem happening again (prediction). Does it always succeed in that predictive task? No. But without the foundation of the FDC (or a similar) system and the mindset behind it, there is no chance that it could succeed.

This is where, I think, many of the analytic POCs go a little sideways—throwing the baby out with the bathwater. If you don’t have a good technical and cultural system for using descriptive and diagnostic analysis and are looking only at prediction, there is a significant amount of potential value being ignored. It’s worth asking: What is the best way to address the foundations as well as the castle I want to build?

Semi’s experience may not be universal, but there are lessons for all industries. To use data at all, technology is required. However, that technology need not be the most advanced, perfect, or even really good in all cases. As long as the technology provides a firm platform for describing what has happened, diagnosing the underlying issues behind the observed behaviors, and for building additional analytic capabilities such as predictive and prescriptive tools, that is half the battle. The larger half is building a cultural “platform” which enables the behaviors and expectations required to make effective use of the technology. This is much harder to calculate, much less prove ROI. However, based on my experience inside and outside of semi, it ends up being the expectations that the culture creates which push people to use tools and seek out new ones when needed. Don’t overlook these lessons when deciding what success looks like in your digital transformation.

Chris Lee is a customer success manager at Falkonry and is a new member of ISA’s Smart Manufacturing & IioT Division. Based in California, Chris guides customers from use-case concept to successful production implementation of the company’s AI-powered products. Chris works with customers to clarify their problem statements, implement solutions and communicate results effectively within their organizations. Chris has focused on semiconductor metrology and process equipment in the hardware, software and support services areas. He has worked in major fabs around the world with KLA-Tencor and Lam Research, including 3-years in Japan. Chris’ career has included applications engineering, product management, product marketing and program management. He studied mechanical engineering at UC Berkeley.