On Becoming an Automation Professional

END_OF_DOCUMENT_TOKEN_TO_BE_REPLACED

On Becoming an Automation Professional

This post was written by Javier Donayre, president of the TECSUP Student Section.

Since I was young, I can clearly remember how much I enjoyed imagining a world with technology everywhere making my life as easy as possible. To create such a place, I spent hours throughout most of my childhood building mini robots from pieces of my oldest toys, the main components of which were DC motors and batteries.

In high school, as math was not a problem for me-although it was a real cause of headache for most of my classmates-I tried to get more involved with literature. By chance one day, I discovered an Isaac Asimov novel at the library and became fascinated with such a magnificent world as he described in his stories. Since then, I knew my career was going to be related to technology. 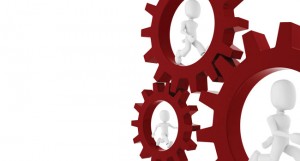 After high school, I did not know where I would continue my studies. Unfortunately, education at the undergraduate level in Peru can be problematic. We have public education with budget problems, so it is quite common to find many important public universities without adequate equipment for students. On the other hand, we have private education, which, even though it can be very good, can be very expensive. Fortunately, there is TECSUP as an exception. I realized I wanted to study in this institution when I first came to visit its campus. I was very impressed when I entered its labs and saw all the equipment, which looked to be from another galaxy. (I did not know then that they were just instruments). Of all the universities I was able to visit before making a decision, TECSUP was the best choice. After visiting the labs, I attended a talk about the Industrial Automation and Electronics program, and I was really impressed with the opportunities made available by this program, but what I liked most was I would learn how to apply science and math in the real world, with up-to-date equipment and technology.

At the early stages of my education in TECSUP, I learned calculus and science, as well as electrical concepts necessary to properly use all the labs' equipment and systems, which are the same as you will find at any industrial company. At the same time, I enhanced my communication skills and teamwork as an integral part of my education.

Finishing the fourth semester, as part of the curricular plan, I had a one-month internship in a well-known printing company. As an automation technologist trainee, my main task there was to build a PID electronic controller card based on Op-Amps, which, after intensive hours of work, I finally completed and tested. I had a great feeling when I saw a machine working with the card I designed.

At the end of my fifth semester, and with the knowledge of different subjects such as electronic circuits design, field instrumentation, and automatic control, I got the opportunity to work for a company related to automation and system integration projects. Here, with the support of many professionals, including some of my professors, I worked in project management, designing plot-plans, and programming PLCs. Those were essential aspects of automation that I had been studying. Today, beginning my last semester and expecting to cover all the remaining topics, such as power electronics, automation networks, and others, I am sure the education I received will provide me the opportunity to become a successful professional. Last year, I attended the IX International Symposium on Automation in Lima, and I was surprised to see in a conference that the Automation Competency Model (ACM), proposed by the Automation Federation, and the program that I am studying in TECSUP have a similar structure, giving almost the same importance to engineering and technology knowledge, as well as communication and managerial skills. That might be a reason why most of the automation professionals from TECSUP have success in their jobs.

I am really glad to have selected automation as my career. I believe it exceeds my childhood expectations, and I want to get more experience and knowledge of this fascinating discipline in the following years. And perhaps I will soon get an ISA certification!

Javier Donayre is president of the TECSUP Student Section. TECSUP (pronounced tech-soup) is a private, non-profit university in Peru, with campuses in Lima, Arequipa, and Trujillo.

A version of this article also was published at InTech magazIne.