END_OF_DOCUMENT_TOKEN_TO_BE_REPLACED

The most common technologies available for continuous level measurement are ultrasonic, free space radar, guided wave radar, capacitance, gamma, and pressure. Let’s take a look at each technology and some typical applications.

This time-based technology is referred to as time of flight (ToF). Ultrasonic transmitters are used on a variety of simple applications for measuring liquid or solid level in a vessel. The transducers are temperature compensated to give a high level of repeatable accuracy at distances of 2 to 230 feet. Applications with heavy dust or high temperatures are not well suited for ultrasonic transmitters. If there is too much dust in the air, it defuses the signal and causes a poor return. High temperatures or vapors can also alter the density of the air enough to affect the speed of the pulse transmission, causing errors in measurement. 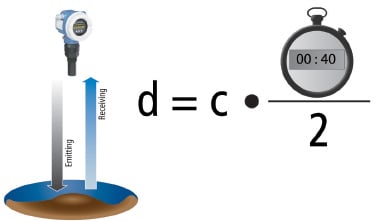 Figure 1. An ultrasonic level sensor sends a sound pulse that reflects from the surface of the liquid or solid in a vessel. The time of flight determines the level.

Mechanical signals travel at the speed of sound and require an atmosphere to transmit the signal; therefore, ultrasonic devices do not work in applications operating under a vacuum. Foam on top of a liquid can also disrupt an ultrasonic signal. The acoustic signal can be absorbed by the foam, resulting in no return echo. 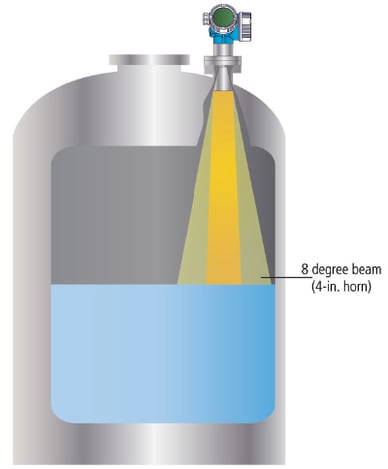 Figure 2. Free space radar sends an electronic signal that either bounces off the surface or shifts its frequency to determine level.

This non-contact radar technology has two different versions: pulse generated and frequency modulated continuous wave (FMCW). The pulse-generated version works on a ToF principle similar to an ultrasonic device. An electromagnetic wave between 1 and 100 GHz is sent from the antenna toward the process surface in search of a change in impedance, which will reflect the signal back to the transmitter. In most cases, the difference in the dielectric between air and the process material will cause the signal to be reflected back. The dielectric of the product is important when selecting a radar unit because the greater the dielectric, the greater the change in impedance and the stronger the reflection.

It is largely impervious to variations in process temperature or pressure, and it can work in a full vacuum. Two process conditions that can affect free space radar are condensation on the transmitter antenna and foam on a liquid surface. Condensation is typically a high dielectric liquid, and the radar signal cannot penetrate this material, resulting in increased “noise” in the launch area of the signal. Foam is very difficult to quantify for radar as it is not readily distinguishable from the process surface. Even with these limitations, free space radar is the most universal noncontact level technology, and it will work in most liquid or solids level applications. 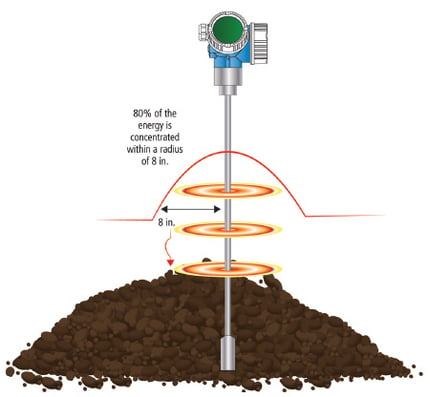 Figure 3. The signal from a guided wave radar transmitter follows a cable or rod to the process surface for improved performance.

Guided wave radar or time domain reflectometry (TDR) works very similarly to pulse-generated free space radar. The main difference is the addition of a cable or rod from the radar unit to the process surface to guide and focus the radar signal (figure 3). Guided radar also operates on a lower frequency of approximately 1.2 GHz. The advantage of guided wave radar technology is the signal is very concentrated on the cable or rod. When it encounters foam, the radar signal does a better job of going through the foam to reflect off the liquid surface.

Neither condensation nor dust has any effect on TDR. Another major advantage in solids level measurement is that the angle of repose can be accounted for with careful placement of the rod or cable. The angle of repose results from the way solids pile up in a vessel, creating an angle on the side of the pile. When using guided wave radar, the point at which the rod or cable contacts the product will determine the signal reflecting back to the transmitter. Installation considerations include material compatibility, possible excessive pull force on the cable in solids applications when installed in tall silos, and avoidance of interferences between the cable or rod and items such as agitators.

This pF value is a measure of capacitance and relates to the height of the product. The advantages of a capacitance level transmitter are the speed of response and the wide variety of products that will work with this technology. It is used extensively in filler bowl applications, oil reservoirs, and short chemical storage vessels. Capacitance is also the most reliable form of electronic level measurement for interface applications where there is a combination of conductive and nonconductive liquids forming layers within the vessel. When using capacitance level measurement, it is necessary to have a metallic vessel or a ground reference rod for the transmitter to work correctly.

This technology consists of two components: a radioactive source and a detector (figure 5). The radioactive source is about the size of a dime and is mounted in a lead-filled source container that has only a small lens or opening to direct the gamma radiation in one direction. The gamma energy is created by the decay of a radioactive source, which is normally cesium-137 or cobalt-60. This gamma energy is absorbed or partially blocked by anything between it and the detector. In a continuous level application, when the vessel is full only a very small amount of radiation is detectable on the opposite side of the vessel where the detector is mounted. The amount of radiation increases as the vessel level drops.

Gamma can be used for point level, continuous, and interface measurements. This technology is also used for density measurements where other technologies such as Coriolis flowmeters are not suitable. This technology can be used for the harshest environments including high temperature, corrosive media, high pressures, and toxic or abrasive materials. Gamma systems are used on reactors, separators, and mixers of all types. The main disadvantages of the technology are the regulations and licensing requirements that an end user must follow with the radioactive material.

Pressure has been used to measure level for many decades. Older systems used a differential pressure transmitter with a constant pressure regulator and a bubble tube. Any increase or decrease in the height of the liquid in the vessel was reflected by an increase or decrease in the back pressure measured in the bubble tube. Newer style hydrostatic pressure transmitters make this same direct pressure reading in nonpressurized vessels by having the pressure sensor mounted in contact with the process fluid at the bottom of the vessel, or by using a sensor mounted on a rod or cable, which is lowered into the vessel.

This technology is commonly used in sumps, storage, and process vessels. In a pressurized vessel (figure 6), a differential pressure transmitter must be used as the transmitter. It must subtract the head pressure from the pressure measured at the bottom of the vessel. The square root of the resultant measured value is proportional to the level of the associated column of process fluid. Any changes in the specific gravity or weight of the process fluid will affect accuracy.

No matter what technology you choose to measure level, always look at the accuracy you want to achieve and the process conditions. What is the pressure and temperature of your process? Will there be foam or gas fumes associated with this process? Is there an agitator or turbulent surface in the process? What is the dielectric or specific gravity of your process? In most applications, you will find there are multiple technologies that will work, with the final choice best determined by working with an experienced supplier of all the leading level measurement technologies.