Did 'Back to the Future' Predict Today's Advances in Automation and Manufacturing?

END_OF_DOCUMENT_TOKEN_TO_BE_REPLACED

Did 'Back to the Future' Predict Today's Advances in Automation and Manufacturing? 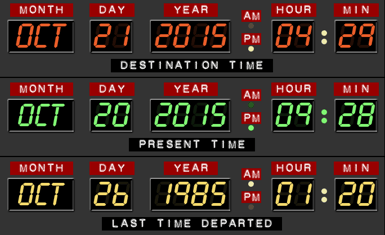 trilogy. So how did the predictions turn out for the automation and manufacturing industries? Well, some of the technologies presented in the movie were not far off from where we are today. Industrial automation and manufacturing has always been technology-driven, and many of the innovations designed and developed by engineers in basic research labs have transferred to the plant floor.

To be sure, Back to the Future II didn't hit the target with every technological advancement. But screenwriters Bob Gale and Robert Zemeckis didn't do such as bad job. Far-fetched ideas like hoverboards -- which have interesting potential applications for the assembly line and transportation systems -- may one day be on store shelves. Really.

I decided to take a look at articles I researched and have shared in ISA's social media networks on cutting-edge developments in manufacturing automation, comparing to scenes from the movie. Many of the advances depicted in Back to the Future already have a place in industrial applications.  I'd also note that you don't have to browse very far to stay on top of the future of automation and manufacturing technology. You don't even need to build your own flux capacitor. A great resource of things to come in this industry can be found in the pages of ISA's InTech magazine and the research journal, ISA Transactions.  Both publications are included with your ISA membership.

Here are 10 ways Back to the Future predicted today's advances in automation and manufacturing: 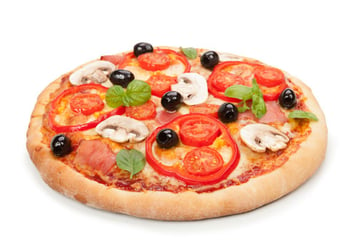 OK, so we don't exactly have mini pizzas that you can re-hydrate into an extra large double cheese hand-tossed thick crust with extra toppings. But advances in 3D printing may revolutionize the food manufacturing industry. And, yes, pizza is on the menu. An engineer has received a grant from NASA to develop a 3D printer that manufactures pizza from from capsules of edible component ingredients that have a shelf-life of 30 years.  In other words, good for the dining room and excellent for the 150-300 days it will take to travel by spaceship to Mars. NASA plans ahead: pizza to go for the galactic explorer. 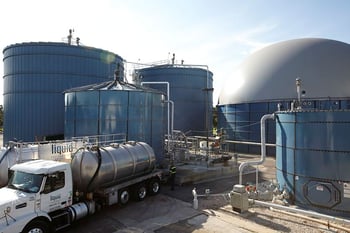 Using waste products as fuel sources for your own personal Mr. Fusion didn't exactly come to fruition. But waste is energy. A startup is turning tons of uneaten food from Walt Disney World into energy, using anaerobic digesters that emulate the processes in a cow's stomach. The digesters use microbes to break down a mixture of  food waste, fats and oils and grease. Season heavily with treated sewage from Disney's nearby wastewater treatment plant, and you can power a city. 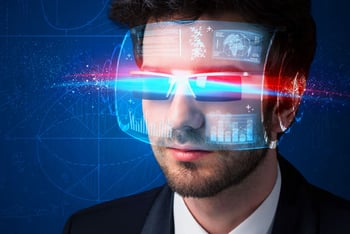 Google Glass may have received mixed reviews and downright hostility for the creepy factor in public places. But there are important applications for devices that enable plant simulation in various industries such as oil and gas production, power generation and factory floor management. Simulation is a safe way to train workers, especially for critical industries such as power generation, nuclear waste management and oil and gas refinery operations. The Internet of Things is characterized as a "system of systems" and, as a result, simulating processes and modeling different production scenarios will be a fundamental part of any process automation application. 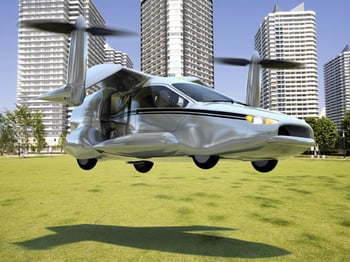 Not a new concept and definitely not powered by Mr. Fusion, we do have a small manufacturing sector devoted to delivering the promise of The Jetsons cartoon series from the early 1960s: flying cars. True, flying cars are currently not being manufactured on a commercial level by the world's major automakers. One of the leading contenders, Terrafugia, has the goal of creating a flying car with enough automation to enable anyone to take to the road or the sky, whichever is faster. The ability to literally fly over rush hour traffic will set you back a nice sum: USD $299,000. Cruising fuel economy at altitude is about five U.S. gallons per hour. Your air mileage may vary, and don't forget to factor in a headwind. 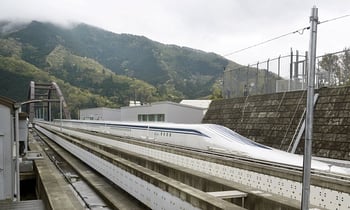 When it comes to transportation, everything seems to fly in the Back to the Future world. While the price tag for a flying car may not be within reach for the average consumer, that doesn't mean you can't go places fast.  Really fast. Maglev trains now can reach speeds over 600 kilometers per hour. Not fast enough? Think Hyperloop, a train that travels through a low-pressure tube,  simulating air flight at high altitudes. Speeds may reach 1,200kph or 760 miles per hour. Automation also has revolutionized air travel and aviation technology, but do you think it's time to totally automate the cockpit? Advances in sensor technology, computing and artificial intelligence are making human pilots less necessary in the cockpit. Government agencies are experimenting with replacing the co-pilot, perhaps even both pilots on cargo planes, with computers or remote operators. Your pilot of the future: Robby the Robot. 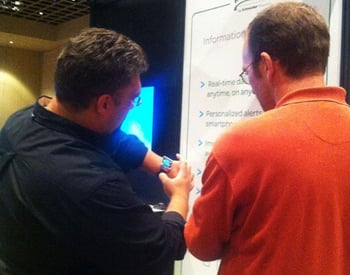 We may have smart glasses (that the consumer marketplace rejected), but Back to the Future failed to showcase the current wave of smart phones and smart watches. Wearable tech is finding its way to the factory floor in ways never imagined during the era of the Dick Tracy two-way wrist radio. Plant managers and technicians can use wearable watches, glasses and other devices to connect with system operations, get guidance on performing maintenance and upgrade procedures , avoid exposure in real-time to hazards on the plant floor or be directed to repair equipment that is malfunctioning. 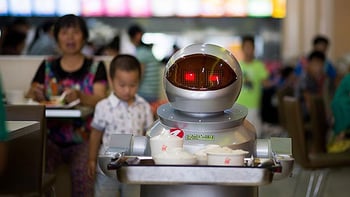 Robots figured big in Back the the Future, and the technology is far exceeding the early renditions of our metal sidekicks and antagonists from countless movies and television shows.  Call them next-gen or new-gen co-workers. Robots are rolling into manufacturing, warehousing, materials handling, and supply chains worldwide, according to an article published in ISA's InTech magazine. A new class of robots, dubbed collaborative robots, have the ability to work directly alongside factory workers with no safety caging. 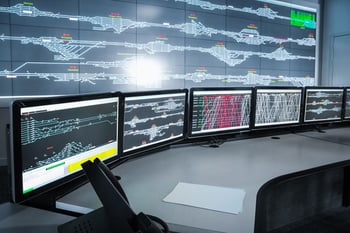 The data feeds embedded in the video phone call in Back to the Future offered an early glimpse of a totally connected and infused information technology world, aka the Internet of Things. Todays industrial operation is surrounded and enveloped by information, and competitive marketplace place suggests the winners at the end of the day will be companies and business that excel at leveraging the Internet of Things, and more specifically, the Industrial Internet of Things. Take it to the next level, as detailed in this InTech magazine feature, we are immersed in the Internet of Everything. The ISA authors note manufacturing creates 2 exabytes of information daily, which is bigger “big data” than any other industry or sector. Welcome to our massively integrated and instrumented world. 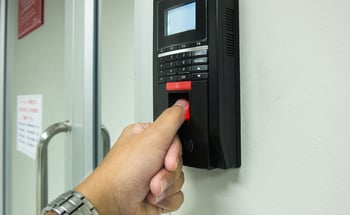 You can't talk about the brave new world of automation and manufacturing without focusing on security. By all accounts, plants, utilities and industrial operations are under attack or in constant threat for any number of political or economic reasons, and sometimes even for just plain old mischief. Passwords are on the way out, biometrics and other advanced forms of authentication are on the way in.  Thumb scans opened doors in Back to the Future, and scanners and other new forms of security will change the way workers access computer systems and plant facilities. The assault on industrial control systems means managers and operators have to overhaul existing security practices and procedures, as well as keep abreast of new developments and threats. For system designers and planners, the time has come for security to be welded into system design. 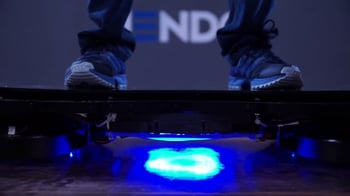 Saving perhaps the best for last, Back to the Future catches up with the present when it comes to the romantic notion of hoverboards in every toy store. A Kickstarter venture company has developed a working prototype hoverboard and is offering a development kit so you can use the hover engine to build your own frictionless vehicles and toys.  Click this link to watch the video of the Hendo hoverboard. Even writer Bob Gale has tried the Hendo. As Marty McFly would say, it's heavy. 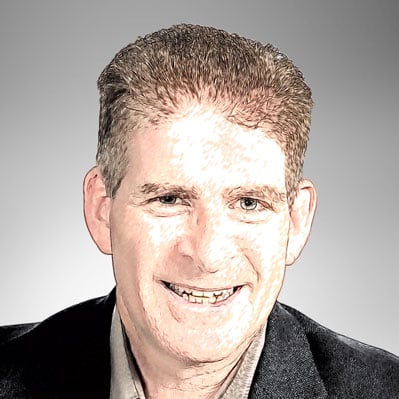 Joel Don is an independent content marketing, social media and public relations consultant. Prior to his work in marketing and PR, Joel served as an editor for regional newspapers and national magazines throughout the U.S. He earned a master's degree from the Medill School at Northwestern University with a focus on science, engineering and biomedical marketing communications, and a bachelor of science degree from UC San Diego.

What Is an HMI?

What is an HMI? Human machine interfaces, more commonly known as HMIs, have been used since a personal co...
Contributing Author Oct 23, 2020 5:30:00 AM

What No One Tells You About Industrial Automation Marketing (Part 1)

The influence of digital technology on automation began with the introduction of distributed control syst...
Contributing Author Oct 16, 2020 5:00:00 AM