END_OF_DOCUMENT_TOKEN_TO_BE_REPLACED

We learn by interacting with our environment—this is probably the first idea that occurs to most of us when we start to consider how people learn. In machine learning, reinforcement learning mimics the trial-and-error learning method of humans. The algorithms learn and improve over time by interacting with the environment and taking random actions.

But how do the algorithms know whether the actions taken in their present state were desirable? That’s where a scalar quantity known as rewards comes into the picture. Rewards are the environmental feedback from where our learning agent is functioning. Reinforcement learning is based on the reward hypothesis, which states that "all goals can be described by the maximization of expected cumulative reward." 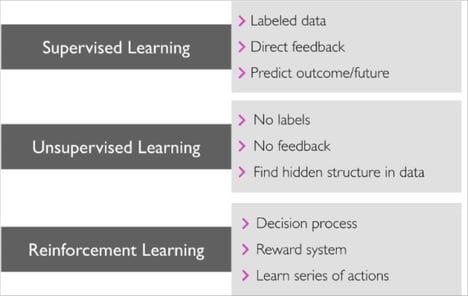 In the discipline of machine learning, reinforcement learning has shown the most promise, growth, and variety of applications in recent years. Autonomous helicopter control using Reinforcement Learning (Andrew Ng, et al.)1 and Playing Atari with Deep Reinforcement Learning (Deepmind)2 have achieved control much better than humans. Reinforcement Learning for Humanoid Robotics (Jan Peters, Sethu Vijayakumar, Stefan Schaal)3 displays how a robot learns to walk. This method has been proven to be far superior to state-of-the-art methods like non-linear control and path planning.

For simplicity, consider a rover in a Martian environment. The rover is our agent and the rugged topography of Mars is our environment. The rover initially has no idea as to how the topography will affect its traversal. It could cause the wheels to slip, or the environment could introduce huge noise in the sensor values. So, can the rover incorporate these uncertainties? Yes! By interacting with the environment and learning more about it, using what are known as model-free reinforcement learning algorithms.

Methodology to choose a reinforcement learning algorithm. Diagram courtesy of the author.

One of the most notable and evolving applications of reinforcement learning is in autonomous navigation.

Here, the observation space typically consists of an IMU, a laser scanner (lidar) or stereo camera (depth camera), or both in conjunction to construct a map of the surrounding. The most common methods are Hector SLAM, cartographer, G mapping, and so on. The action space would typically consist of all the possible directions the bot can move in, and it would depend greatly upon the type of robot (holonomic or non-holonomic).

Rewards are the most important aspect determining how an algorithm behaves. Jona´s Kulh ˇ anek, Tim de Bruin, et al.4 coined the rewards to be a positive scalar for reaching the destination and zero for all other cases. Hartmut Surmann, Christian Jestel, Robin Marchel, Franziska Musberg, Houssem Elhadj, and Mahbube Ardani5 tuned the reward as follows:

Nishesh Singh is a mechanical and manufacturing engineering undergraduate student with experience in research and development. He is a student member of the International Society of Automation (ISA).