Automation Federation Goes to Washington: Cybersecurity and the Shortage of Skilled Manufacturing Workers

END_OF_DOCUMENT_TOKEN_TO_BE_REPLACED

Automation Federation Goes to Washington: Cybersecurity and the Shortage of Skilled Manufacturing Workers

By Michael Marlowe, former managing director/director of government relations for the Automation Federation.

During the Obama Administration in the U.S., a senior task force from the Automation Federation held a series of strategic briefings in Washington D.C. with White House staff, congressional leaders and a variety of governmental departments and agencies.  Our objective was to raise greater awareness for two pressing issues affecting automation in the process, manufacturing and power generation industries: security threats to the nation’s industrial infrastructure via cyberattacks, and the urgent need for bolstering advanced manufacturing skills among American workers.

Soon after the votes were counted for the presidential election, a team of senior Automaton Federation executives and staff met with Obama Administration officials as well as the departments of Homeland Security, Energy and Labor, and the National Institute of Standards and Technology, an agency of the Department of Commerce

The meetings reflect the close collaboration between the federal government and the Automation Federation.  On the security front, the Federation is actively supporting passage of cybersecurity legislation which would include provisions for industrial automation and control systems.  The legislation is designed to better address the ongoing national threat from relentless online intruders engaged in economic espionage and the disruption of industrial networks through the adoption of the ISA99 Industrial Automation and Control Systems Security standards.  Regarding the national workforce, economic growth and smart manufacturing success is directly linked to fostering and expanding programs designed to produce next generations of skilled automation professionals and forming strategic alliances with partners invested in these programs, including educators and counselors who will play a vital role in shaping the next generation.

Experts warn that the next global war will be fought with keyboards and servers, rather than guns and bullets.  Cyber warf 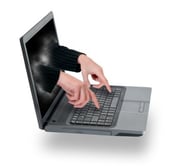 are has already proven to be potentially highly damaging to the nation’s industrial and financial infrastructure.  In addition to theft of business intellectual property, the attacks have been aimed at disabling the national power grid and disrupting refineries, industrial process plants, water treatment facilities, transportation and telecommunications systems, financial networks and governmental institutions.  For example, a cyberattack last year on the state oil company Saudi Aramco shut down more than 30,000 computers.

As a result, government officials are moving toward implementing ISA99 as part of a comprehensive cybersecurity effort.  The White House also requested that we continue to work with administration officials as they move forward in addressing cybersecurity threats against industrial automation and control systems.  We also met directly with U.S. Representative David Price (D-NC) and legislative specialists from the office of U.S. Senator Jay Rockefeller (D-WV), who reaffirmed their support for the Automation Federation’s cybersecurity initiatives.

In this new era of advanced manufacturing, the key objective is to raise skill levels and tackle the issue of attracting new workers to the manufacturing industry.  The U.S. has a considerable shortage of workers with the technical expertise needed for ad 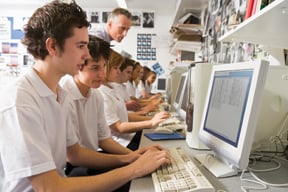 vanced manufacturing jobs.  A report by Deloitte Consulting notes that nearly 600,000 manufacturing jobs remain unfilled because companies cannot find workers with the necessary high-tech skills demanded by the modern plant floor, and more than half of all manufacturers warned the future does not look bright for the skilled worker shortage.

We are taking a leadership position on the workforce shortage issue by working with the federal government and educational leaders to leverage the Automation Federation’s Automation Competency Model as the foundation for building a trained automation workforce.  The Automation Competency Model, developed via a partnership with the Department of Labor, is a detailed framework that defines the specific industry, workplace and academic competencies required to succeed in automation careers.

In addition, the Automation Federation is working with high schools, community colleges and universities to develop the automation curriculum needed to teach the skills required in the fast-evolving world of smart manufacturing.  By encouraging interest among young people in science, technology, engineering and math (STEM), the Federation is laying the groundwork for stimulating greater interest in the new and exciting careers in the sophisticated factory of the future.  The Automation Federation is working on establishing workforce development programs and training partnerships with the Center for Energy Workforce Development (CEWD) and the Department of Energy.  Representatives from the National Institute of Standards and Technology also agreed that the Federation’s workforce development initiatives should be incorporated into the newly established National Network of Manufacturing Innovation, an interagency effort focused on advancing manufacturing innovation throughout the U.S.

Michael Marlowe, CNM, is the former managing director/director of government relations for the Automation Federation.

Introduction Regarding what businesses should focus on, the Nobel Prize-winning economist Milton Friedman...
Contributing Authors Aug 19, 2022 5:30:00 AM