Are You Celebrating Ada Lovelace Day This Year?

END_OF_DOCUMENT_TOKEN_TO_BE_REPLACED

Are You Celebrating Ada Lovelace Day This Year?

Ada Lovelace, an English mathematician and writer who lived in the early 1800s, was one of the first women to work in a STEM field. Known for publishing the first algorithm for Charles Babbage's proposed Analytical Engine, she's also considered to be the first-ever computer programmer.

These days, Ada Lovelace Day is a global phenomenon. On the second Tuesday of each October, engineers around the world celebrate it as a way to honor Lovelace and highlight the contributions of women to the science, technology, engineering, and math fields. This year, Ada Lovelace Day is 13 October 2020.

We chatted with the founder of Ada Lovelace Day, Suw Charman-Anderson, about Finding Ada, the organization she set up to support women in STEM on an international scale. She also shared her insights on the importance of diversity and how STEM fields can increase it within their own ranks. Our questions and her responses can be found below.

International Society of Automation: What is Ada Lovelace Day, and what are people doing this year to celebrate?

Suw Charman-Anderson: Ada Lovelace Day is an international celebration of the achievements of women in science, technology, engineering, and math (STEM). It takes place every year on the second Tuesday of October, which this year is 13 October. We usually hold a "science cabaret" in London, UK, at which women in STEM give short talks about their work or research in an informal, theater-like setting, and people around the world organize their own independent events to celebrate the day.

This year, obviously, we’ve had to move our celebrations online, and will be marking the day with five free webinars and a marathon of online content on Twitter, Facebook, and our blog celebrating women in STEM and organizations that advocate for gender equality.

And like us, many of our independent organizers have moved their events online, so we have a wide variety of things happening, from online coding classes to global hackathons to a work placement project. Our indie organizers are an inventive group and it’s amazing to see the fabulous events they are coming up with!

ISA: Why is it so important for women in tech and engineering to have role models who are also women?

"Outstanding women can function as inspirational examples of success, illustrating the kinds of achievements that are possible for women around them. They demonstrate that it is possible to overcome traditional gender barriers, indicating to other women that high levels of success are indeed attainable."

If you can’t see it, you can’t be it! Female role models are incredibly important for demonstrating to girls and young women the wide breadth of careers that are possible for them in STEM, and to help them envision the kind of successful career that’s waiting for them.

ISA: The demographics of industrial and systems engineering are not particularly diverse. As more women begin to have engineering careers and take leadership positions in industrial companies, how do think these fields will change?

SCA: As more women take up leadership roles, we will see improvements in working conditions for everyone as policies like enhanced parental leave, flexible working, and fractional working become the norm. We’ll see a reduction in the gender pay gap, as much of that gap is down to having so few women in senior roles.

And we’ll see a financial boost to diverse companies and the wider economy. We know from existing research that diverse teams produce better solutions to problems, and that diverse businesses are more profitable, so companies who are not prioritizing diversity in senior leadership roles are just leaving money on the table.

ISA: Is there anything I didn’t address that you would like to add about Finding Ada or Ada Lovelace Day?

SCA: Ada Lovelace Day is just one of the initiatives that we at Finding Ada run. We also have a great mentoring platform for women in STEM, the Finding Ada Network, which pairs mentors and mentees in a year long online mentoring connection. We also provide members with access to exclusive content, monthly webinars, and personalized support.

Another of our projects is the Finding Ada Conference, a global online conference for women in STEM and advocates for gender equality to be held on Tuesday 10 November, beginning at 9 a.m. in Wellington, New Zealand, and ending 29 hours later at 5 p.m. on the West Coast of America.

We will have a variety of talks, workshops, interviews, and panel discussions exploring the themes of career development, policy and advocacy, and widening participation. With over 50 speakers from around the world, this event is an absolute must for women in STEM, business leaders, HR execs, educators, parents, advocates, and community organizers. 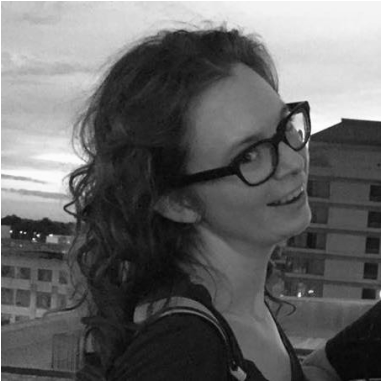