END_OF_DOCUMENT_TOKEN_TO_BE_REPLACED

This article was written by Mohammed A. Al-Saeed, Soliman Al-Walaie, Khalid Y. Alusail and Turki K. Al-Anezi, of Saudi Aramco.

Supporting business needs by improving defense-in-depth cybersecurity for industrial automation and control systems (IACSs) is a key challenge today. For example, oil, gas, and water plants need to access scattered and remote areas and wells, but cybersecurity can be a major challenge, which may require physical security and cybersecurity protections and controls. Therefore, wireless technology, such as 4G (long-term evolution [LTE]), is becoming the standard platform for Internet service provider cellular networks. In addition, it is being introduced to serve industrial applications. Its reliability may satisfy industrial business needs and connect many sites and plants easily to minimize cost and increase flexibility. 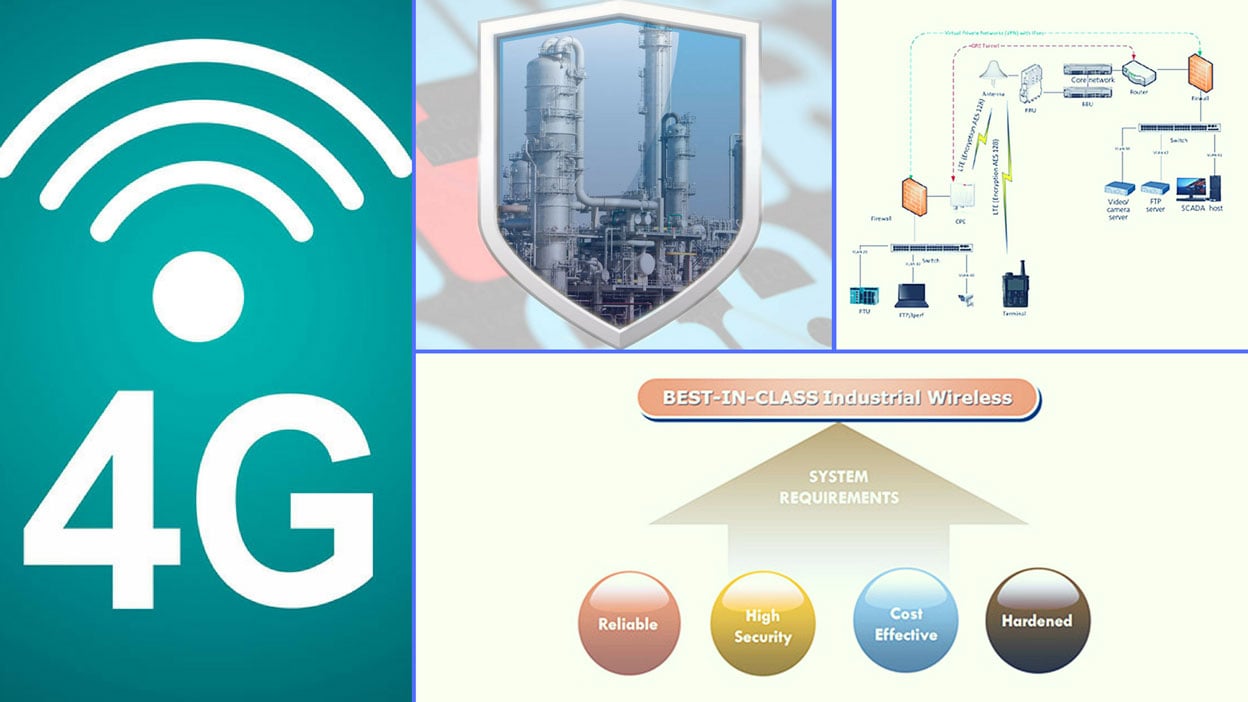 The main aspects of cybersecurity in wireless and LTE are privacy and confidentiality because of common attacks in a shared medium. For instance, passive attacks (eavesdropping, physical layer attacks, radio frequency jamming) and active attacks (hacking and man-in-the-middle attacks) are common challenges in the wireless domain. Therefore, robust mutual authentication and encryption mechanisms will protect an IACS. This was clearly demonstrated in the proof of concept (POC) conducted to test security solutions and controls of LTE wireless technology for IACSs, such as supervisory control and data acquisition (SCADA) systems and closed-circuit television (CCTV). A Yokogawa SCADA system (remote terminal unit [RTU] and SCADA host) was used as a SCADA platform, and a Huawei e-LTE broadband multimedia digital wireless system as a communication platform. The POC setup and evaluation, at King Fahd University of Petroleum and Minerals Communications Lab on 26 January 2015, used several cybersecurity solutions, such as firewalls; virtual private network, Internet Protocol security (VPN with IPSec); generic routing encapsulation (GRE); virtual local area network (VLAN) between different industrial/plant applications (RTU, voice terminal, CCTV, and FTP); encryption AES 128; and physical security (CCTV monitoring system). The throughput of industrial applications decreased by 30 percent with an aggressive IPSec encryption and a GRE tunnel. In conclusion, 4G (LTE) technology with effective security controls and optimized design has the capability and capacity to serve voice, video, and broadband industrial data and applications simultaneously.

Generally, oil and gas operations are spread across large geographical areas, and workers at centralized control centers manage and operate day-to-day field operations, which are subject to harsh environmental conditions. SCADA systems electronically monitor and manage remote operations using advanced operational technology/information technology (OT/IT) solutions. In the “old days,” and even today, ultrahigh frequency (UHF) radios connected field RTUs via low-speed serial interface (RS232) radio channels that did not exceed 25 kHz, which the UHF modems use to modulate SCADA signals at roughly 19.6 kbps. This approach is adequate for the SCADA host to pull data from field devices and send supervisory control commands, such as a close/open command to a valve and a start/stop command to a pump, to the field. High speed is needed whenever there is an asset management solution for diagnostic purposes. In general, wireless communication is allowed for noncritical SCADA monitoring applications, and there should be a physical and logical segregation from non-SCADA applications in terms of network, communications hardware, servers, etc. 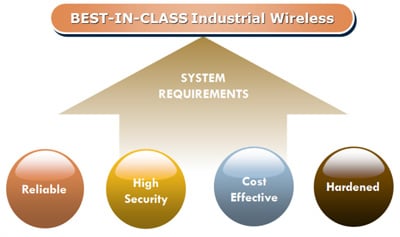 4G (LTE) technology has the potential to concurrently serve several industrial applications, such as:

To understand the security architecture of the LTE, you need to know the LTE components and how these components communicate with each other and outside the LTE network. From a high-level network architecture point of view, LTE consists of the following three main components:

These components communicate with each other via standard interfaces.

EUTRAN is the LTE access layer, and EPC is the core layer. The 3GPP segments the LTE security architecture into five functional domains; 3GPP TS 33.401 defines these domains as follows:

UE stores user and device confidential information. For UE to be able to communicate with a 4G (LTE) system, it has to register with the access layer. This is called user-to-network registration, and it has to be secured. It is important to notice that data traffic carried over LTE is not encrypted end to end, which makes it subject to being captured by a nontrusted entity at certain points. Encryption starts at the end-user device and terminates at the network side, whereas in 3G, data encryption starts at the end-user device, crossing the network all the way to the radio network controller.

LTE traffic leaving the access layer from eNodeB to the core layer mobility management entity (MME) or serving gateway (SGW) utilizing the S1 interface will be sent in clear text. In this case, customer private information might not be protected.

In the early deployment of LTE, it was possible to send the mobile subscription identification number, which contained some private user information, to the network in clear text if no IPSec solution was in place between the access layer and core layer. 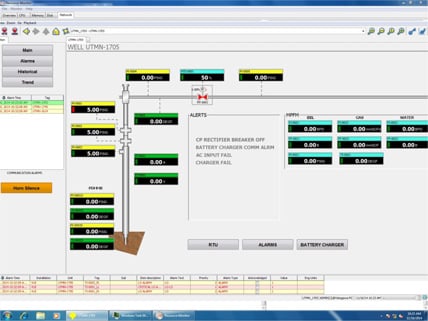 The test specifications were: 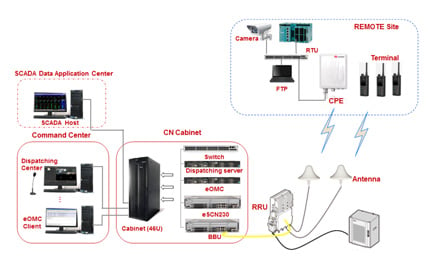 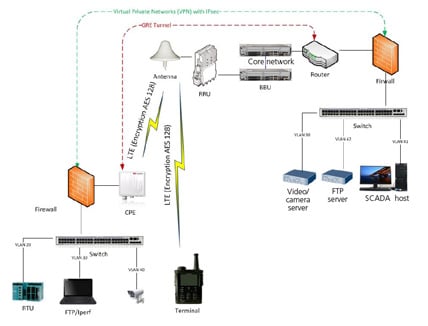 Mohammed A. Al-Saeed is a network and systems specialist at Saudi Aramco in the process and control systems department, plants network unit. He has 20 years of experience in IT/OT. Al-Saeed is an ISA member in the ISA99 and ISA100 groups.

Soliman Al-Walaie is a communication engineering consultant in the process and control systems department of Saudi Aramco with more than 17 years of experience in industrial networks and IT technologies.

Khalid Y. Alusail has more than 20 years of experience in the IT field across the value chain. Currently, he works with the process and control systems department, plants network unit, at Saudi Aramco.