END_OF_DOCUMENT_TOKEN_TO_BE_REPLACED

When people discuss Industry 4.0, artificial intelligence (AI) often comes up in conversation. That’s primarily because AI is often at the center of today’s smart factories, whether in robots, smart sensors, or a data analytics platform. Here are some eye-opening reasons why Industry 4.0 and AI help today’s facilities progress.

1. It Addresses the Labor Shortage

Many factory managers are having difficulty finding enough workers to meet their company’s needs. On top of that, the COVID-19 pandemic brought complications that often required limiting the number of people on any given shift to maintain social distancing protocols.

A recent study found that company decision-makers deploy numerous tactics to increase interest in their open positions. For example, the most common strategy, used by 68% of those polled, was to increase worker pay. However, a third of respondents indicated they were increasing automation investments.

Smart factory AI that eases labor struggles doesn’t always put humans completely out of the picture. It often helps them and enhances their efforts. For example, one company uses AI machine-vision cameras to inspect products. Workers there were reskilled into other roles that were more challenging and higher paying.

In other cases, autonomous mobile robots (AMRs) bring supplies to employees who need to restock their workstations. Those machines have advanced onboard technologies that let them recognize obstacles in their environments and steer around them.

Once these machines learn a factory’s layout, they move around the building without requiring ongoing guidance. They can then save worker’s time by fetching supplies and bringing them to the desired places.

Manufacturers and supply chain professionals must deal with numerous challenges outside their direct control. For example, a raw material shortage may mean a company falls short of its production targets for one of its most popular and profitable items. Plus, port backups and limited availability for cargo could make goods severely delayed after leaving a factory.

It’s impossible to prevent all of these instances. However, Industry 4.0 and AI can help improve overall awareness of adverse events that could lead to shortages, overstocks, or delivery delays. One primary advantage of AI is that it excels when analyzing gigantic groups of data.

A company could feed data into an analytics tool from various sources to get more accurate forecasts, even in a marketplace where conditions change rapidly. For example, besides crunching sales numbers, an AI tool could analyze information about the industry at large, or even verify whether current factory production levels will likely meet the expected demand.

When decision-makers have clearer outlooks for the future, they have more flexibility to influence things in their favor. For example, if an AI analysis detects a likely demand surge within the next three months, that insight might give a buyer the justification they need to negotiate a bulk discount with a supplier.

Industry 4.0 has opened possibilities that people in past generations likely couldn’t fathom. But as today’s factories get more connected, cybercriminals have more opportunities to find and exploit vulnerabilities.

However, AI has emerged as a useful tool for cyberattack mitigation. Some solutions learn what constitutes typical network activity and alerts cybersecurity teams to any deviations. Others assess the perceived dangers of potential threats, helping employees determine which ones to investigate first.

AI can also help protect data by keeping it away from unauthorized parties. For example, a smart authentication tool might evaluate a variety of factors—such as a person’s IP address or their role at the company—before granting their request to access digital assets.

However, some people rightfully assert that AI used recklessly could erode personal privacy and even tempt hackers to orchestrate more attacks. Some surveillance cameras at, for example, sporting arenas and train stations apply AI to detect possible signs of crime. That approach could lead to profiling, critics say.

Alternatively, consider an example where a manufacturing plant may use biometrics on their timeclock to facilitate checking-in for work. Hackers may target such systems, knowing that breaking into them might give unprecedented access. Experts recommend that company leaders launch multidisciplinary data privacy conversations to get input from the workforce. They can then learn whether people have any hesitations about Industry 4.0 and AI and try to alleviate them.

Depending on what a facility produces, an unexpected equipment failure could be an extraordinarily costly event. That issue could cause a ripple effect down the supply chain, resulting in unfulfilled orders, upset customers, and more.

That’s why it’s increasingly common to use tech to eliminate that downtime. For example, putting smart factory AI sensors on a company’s most critical piece of equipment could help maintenance professionals spot signs of trouble before the abnormal characteristics put the machine out of commission.

Getting that warning could do more than cut costs associated with unplanned downtime, though. Suppose the AI indicates a part will likely fail in a couple of weeks. In that case, there’s time to order a replacement and schedule a time to have it installed.

If a machine breaks with no warning, people usually scramble to address the issue, which often means paying a premium. They might have to rush-order the component and pay off-hours of installer fees, for example. Additionally, the advance notice may provide additional flexibility, such as giving factory managers time to pivot and temporarily increase resources for a process that does not require the equipment in question.

Moving ahead with predictive maintenance in an Industry 4.0 factory is not without its challenges. For example, succeeding with it often requires breaking down the departmental barriers between a company’s data experts and the people working on an assembly line who frequently interact with the equipment. The parties involved must also allow enough time to train the algorithms to reliably recognize abnormal machine behavior.

Industry 4.0 and AI: A Valuable Pairing

This overview highlights why people so often bring up AI as they talk about the most useful and compelling ways to create an Industry 4.0 factory. It may also spark inspiration for using it in your facility. However, it’s overly simplistic to say AI is a game-changer in all cases.

People that are ready to make their factories smarter, more connected, and well-equipped for the future must take the time to assess how AI could help them overcome obstacles and meet goals. After that, setting and periodically reviewing metrics will show whether the technology had the desired results. 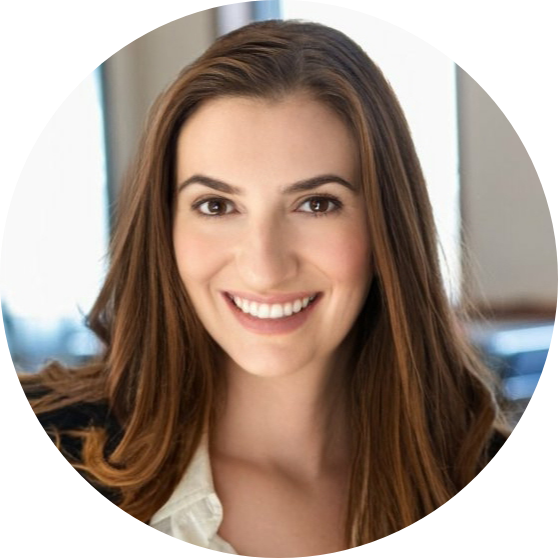